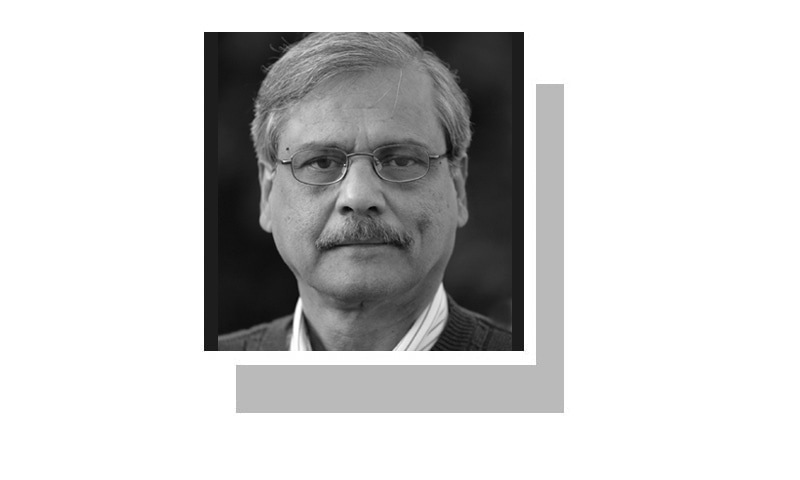 A dialogue to nowhere – Journal

THE Prime Minister has his own ideas about what afflicts Muslim societies. Last week he held an online discussion on “Islam, Society and Ethical Values”, with the participation of academics from various countries. The conversation was broadcast on national television. The credentials of some of the participants cannot be disputed. Yet the speech was hardly enlightening and had little to do with the real challenges facing the Muslim world and the causes of its backwardness.

For the Prime Minister, corruption and the rise of sex crimes are the two main evils of the Muslim world. His major concern revolves around how young people can be protected from â€œthe invasion of social media on their faith and their religious and ethical valuesâ€. He stressed the need to prevent young Muslims from being “inundated with obscenity and pornographic material available on the Internet”. Scholars seemed to agree that young Muslims should be taught how to cope with the challenges of modern life.

This speech seemed surreal given the nature of the problems faced by majority Muslim countries. The Prime Minister’s observations and questions during the discussion revealed a narrow view of the world. In fact, such views can be seen as symptomatic of whatever caused the backwardness of Muslim countries. The real problem, as Turkish academic Mustafa Akyol has described it, is the â€œreopening of Muslim mindsâ€. It is about turning to reason, freedom, tolerance and enlightenment.

But last week’s discussion did not address questions about why the Muslim world lags far behind on all indicators of social and economic development. Obscurantism only accentuates our backwardness. Young people, who now constitute the majority of the population of the Muslim world, need an education, freedom of expression and thought that enables them to compete with the rest of the world. Not surprisingly, the Muslim world is less free than the rest of the world. Most Muslim-majority countries have the lowest level of religious freedom. There are startling differences between them and non-Muslim countries when it comes to education, employment, and other indices of human development. The low level of educational achievement in Muslim countries is shocking. The Muslim world appears to be the worst in terms of academic and educational contributions, and produces few scientists, engineers and technicians compared to non-Muslim countries.

Young Muslims need an education that enables them to compete with the rest of the world.

The Muslim world comprises almost a quarter of the world’s population and is rich in natural resources but suffers from illiteracy, poverty, high unemployment rates and extreme economic inequalities. Much of it is far behind the big industrialized countries and even some developing countries in the field of economy, politics, education, technology, etc.

The backwardness of science is obvious. The growing gap between Muslim and Western countries in education, science and technology is illustrated by the fact that only three scientists from Muslim-majority countries have won the Nobel Prize: two in chemistry and one in physics. One of them is Dr Abdus Salam from Pakistan who was ostracized because of his faith. In fact, their research success has come from Western universities and not from the local education system.

All of this shows the low level of science education in the Muslim world with its combined population of nearly two billion people. According to a report published a few years ago, 46 â€‹â€‹Muslim countries accounted for only one percent of the world’s scientific literature. India has contributed more to the world’s scientific literature than these countries combined. A decreasing interest in scientific disciplines is one of the main reasons for this descent into backwardness.

In addition, an outdated education system has resulted in poor performance and low educational attainment. This has been the main reason why Muslim countries have lagged behind all other nations in modern education, especially in science and technology. Creative activities are often discouraged in the name of faith with damaging consequences for the creative potential of people.

Ignorance and closed minds prevent all progress. But for our leaders, it’s about the negative impact of social media and how to protect our young people from it. The biggest worry is the “spread of obscenity” in society. This reflects an obscurantist mindset that was responsible for the descent of the country. The new education policy and the single national curriculum are manifestations of the same backward worldview. This system discourages all creative thinking and scientific education. This will further widen the gap.

With our huge explosion of young people, we need a more progressive vision in order to equip the younger generation with better scientific and technological knowledge. But sadly, it seems that modern education is anathema to our Prime Minister, himself a product of the Western education system. The policy of the PTI government can only encourage the regressive elements of society.

Instead of focusing on providing modern skills to the younger generation that could make them more productive, a doctrinal approach has been favored, with potentially damaging effects for the entire education system. There is a danger that religious authorities determine what should be taught, even in higher education institutions. This is a worrying situation for the younger generation. Rather than encouraging scientific and empirical thought, the Prime Minister seems more interested in engaging in theological and dogmatic discussions.

Interestingly, the discussion with Islamic scholars had been organized by the new Rehmatul-lil-Aalameen Authority, as part of its efforts to build a â€œRiyasat-i-Madinaâ€. The authority should also monitor the country’s education system and the media to see if they conform to Islamic values. He was also tasked with working on the â€œcharacter buildingâ€ of young people. A number of questions are raised about the aims of the authority headed by a very controversial person whose credentials as an academic are questionable.

There is certainly a need for constructive dialogue with religious scholars, but it should be for the purpose of highlighting the true spirit of Islam which encourages knowledge wherever it comes from. A regressive interpretation of the faith will be very damaging.

The writer is the author of No-Win War – The Paradox of US-Pakistani Relations in the Shadow of Afghanistan.

University of Nebraska at Kearney to drop major in philosophy