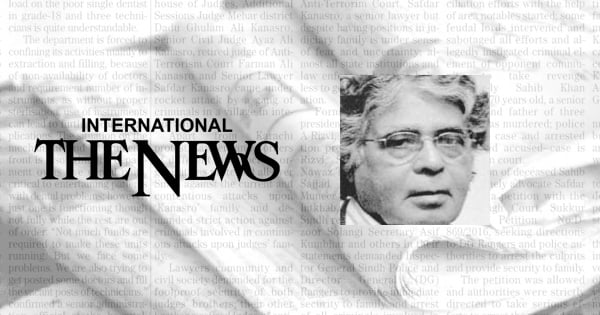 A prisoner of the sheriffs

There’s this Urdu couplet that comes to mind whenever I hear Prime Minister Imran Khan ranting about his favorite topic of corruption and accountability. Although I am unable to translate the metaphorical allusions of Urdu poetry into English, let me put it in plain words: “Do not strive so hard to bring me into custody / Lest you be considered as my prisoner.

Yes, that would call for an explanation. The passion with which Imran Khan focuses on the corruption of Nawaz Sharif makes me feel like he has become, in the proverbial sense, a prisoner of Nawaz – or the family, for Shahbaz Sharif has also been a sharp target lately. days.

Looking at this in a larger context, it is a fact that a crusade against corruption is central to Imran Khan’s Pakistan Tehreek-e-Insaf (PTI). And in a country that has been ravaged by the corruption of its ruling elite, including politicians, that makes perfect sense. A charismatic leader who can mobilize young people in his pursuit of accountability and justice would be God’s gift to Pakistan.

And so it seemed to many when the forces were organized in the political arena ahead of the 2018 national elections. But something happened along the way when Imran Khan stepped into the citadel of power. What was trumpeted as the Herculean mission of cleaning the stables of corruption has been gradually reduced to a partisan enterprise. A number of suspects were able to join the winning team.

We have compelling evidence this week that Imran Khan’s strategy to tackle corruption in high places has not been very successful. What went wrong? One inference stands out clearly. This government’s accountability process is very selective. And Imran Khan’s obsession with the Sharif family certainly didn’t help.

Two developments providentially juxtaposed to highlight the dilemma of holding the corrupt accountable and recovering from them the billions they are supposed to have hidden at home and abroad. (Remember Murad Saeed who threw before the nation the tantalizing prospect of amassing billions of dollars from the hidden treasures of corrupt politicians such as the sheriffs?)

PTI Accountability Czar Mirza Shahzad Akbar announced his resignation on Monday. As the Prime Minister’s adviser on accountability and head of the Asset Recovery Unit, he had frantically pursued corruption and money laundering cases against the leadership of the PML-N and also the PPP. When he was appointed in July 2020, he had pledged to recover more than 700 billion rupees which he said was hidden in offshore banks.

A much louder explosion, in truth a bombshell, was heard the next day when we learned that the perception of corruption in Pakistan, as measured by Transparency International, had risen significantly – and that drop was marked for the third year. consecutive. The irony of this trend would obviously be hard to stomach for a regime that sees its fight against corruption as a divine obligation.

As usual, government ministers give their opinion on Transparency International’s rankings. Their position holier than you has apparently been carefully cultivated. It is possible that Imran Khan held more meetings of his spokespersons than of any other group of people reporting to him.

According to reports, he wants the focus to remain on the corruption of opposition leaders, with the sheriffs being his main opponents. The passion he invests in fighting the corruption of, say, Nawaz and Shahbaz, is the highlight of his speeches, whatever the occasion. And his ministers and spokesmen dutifully amplify the voice of their master. The tone and tenor of these statements are generally angry and incivil.

Of course, corruption is a serious matter and a government should take steps to bring the culprits to justice. But this must be done objectively and judiciously. This is clearly not the case. Nor would it be an easy task, given the current situation. After all, it is the same Transparency International, playing by the same rules, whose findings in the past have been vigorously applauded by Imran Khan himself.

So, has the corruption situation really gotten that bad in Pakistan under the watch of the PTI? We understand why the Prime Minister was so disappointed by the performance of Shahzad Akbar. He might find some time to review his own approach to this formidable challenge.

Imran Khan’s fixation on the corruption of the sheriffs may have diverted him from many of the urgent tasks that fall to the prime minister in troubled times. For example, it is difficult to agree with the Prime Minister’s desire not to dialogue with the leader of the opposition in the National Assembly. In truth, it is a challenge to democratic norms. A big mistake, if democracy is also a gentleman’s game.

Now I’ve found endorsement of what I’m trying to say from a rather unlikely source. Chaudhry Shujaat Husain, who heads the PML-Q, is a seasoned old politician who knows all about the virtues of opportunism. His party is an essential part of the ruling coalition.

There is more to this statement that provides grist for the rumor mill in the context of the different versions that are being traded about the moves that are being made in the halls of power in Islamabad. We have Sheikh Rashid to reassure us that the “same page” is intact. Where is it?

The author is a seasoned journalist. He can be contacted at: [email protected]

“When we fight anti-Semitism, we can fight all forms of hatred in the world”