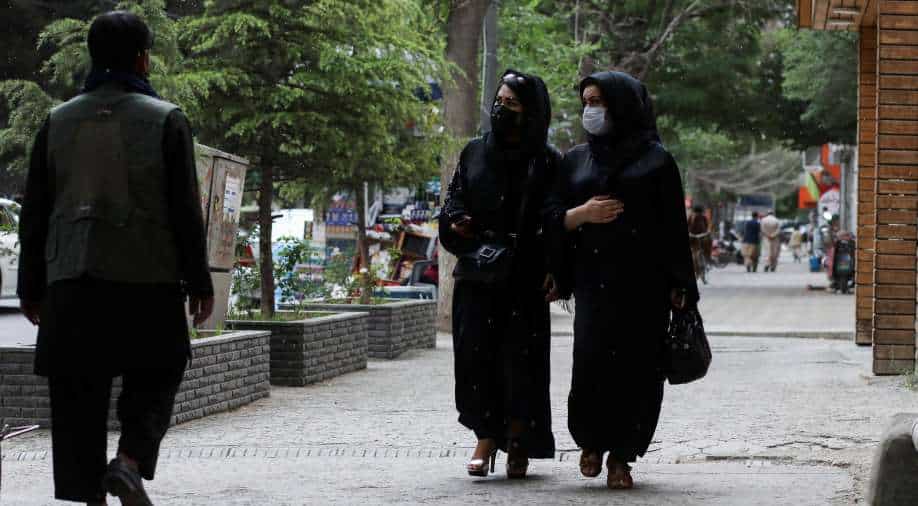 After sparking widespread criticism and concerns raised by Afghan women over the new rule to limit women’s entry into parks, the Taliban clarified on Monday that imposing the new rule to separate visiting days for men and women is to allow women to visit the parks freely.

Taliban Ministry of Vice and Virtue spokesman Mohammad Akif Mahajar told a press conference that in public parks, visiting days for men and women have been separated so that women can visit the parks freely, TOLO News reported.

According to local media, the Taliban recently imposed new restrictions on Afghan women and girls in Herat province. They are not allowed to roam freely in public parks; including those specifically for women; but only on certain days, and the family sections of restaurants are closed by law; however, most citizens ignored this restriction.

A 22-year-old girl, Rehana Ahmadian, said they used to go to the park for a walk because her mother had high cholesterol based on a doctor’s advice, but since the Taliban came to power, they warned us not to leave homes without a male guardian; we have lost all independence from the former government although women’s parks are separate from men’s.

“The Taliban have had nothing to do but suppress women since they came to power, and they have imprisoned us all in our homes,” said Asila Misbah, a women’s rights activist based in Herat.

“I used to eat in restaurants with my family most of the time, but now due to Taliban restrictions on women, I can’t spend an hour with my family outside. what we are doing is uncertain and we even fear retaliation, even if we tread carefully,” she added.

The erosion of women’s rights has been one of the most notable aspects of the de facto administration to date. Before the Taliban came to power, women and girls gradually had the right to participate fully in education, work and other aspects of public and daily life.

It has been a year since the Taliban deprived Afghan women of education, work and public life. It was then that the former president of Afghanistan, Hamid Karzai, recently claimed that Afghan girls were banned from school by order of Pakistan.

The Taliban regime in Afghanistan has drawn heavy criticism around the world for a decree banning girls from going to school beyond the sixth grade. It has been more than 300 days since girls’ schools were closed, Kabul officials said it depended on the order of the Taliban leader.

A decision by the Taliban has prevented girls from returning to secondary school, meaning a generation of girls will not complete their full 12 years of basic education. At the same time, access to justice for victims of gender-based violence has been limited by the dissolution of reporting channels, justice mechanisms and dedicated shelters.

A Taliban official said that schools for female students were closed for religious reasons and that it was necessary to obtain the agreement of Islamic scholars on this issue and that opposing the decision of Islamic clerics on schools would have Negative consequences.

Since the ban, they have continued their rhetoric that they would announce a new mechanism for the return of girls to secondary schools, but no developments in this regard have taken place.

Meanwhile, girls who have been barred from school for more than 11 months are calling on the Taliban to reopen schools for them, Tolo News reported.