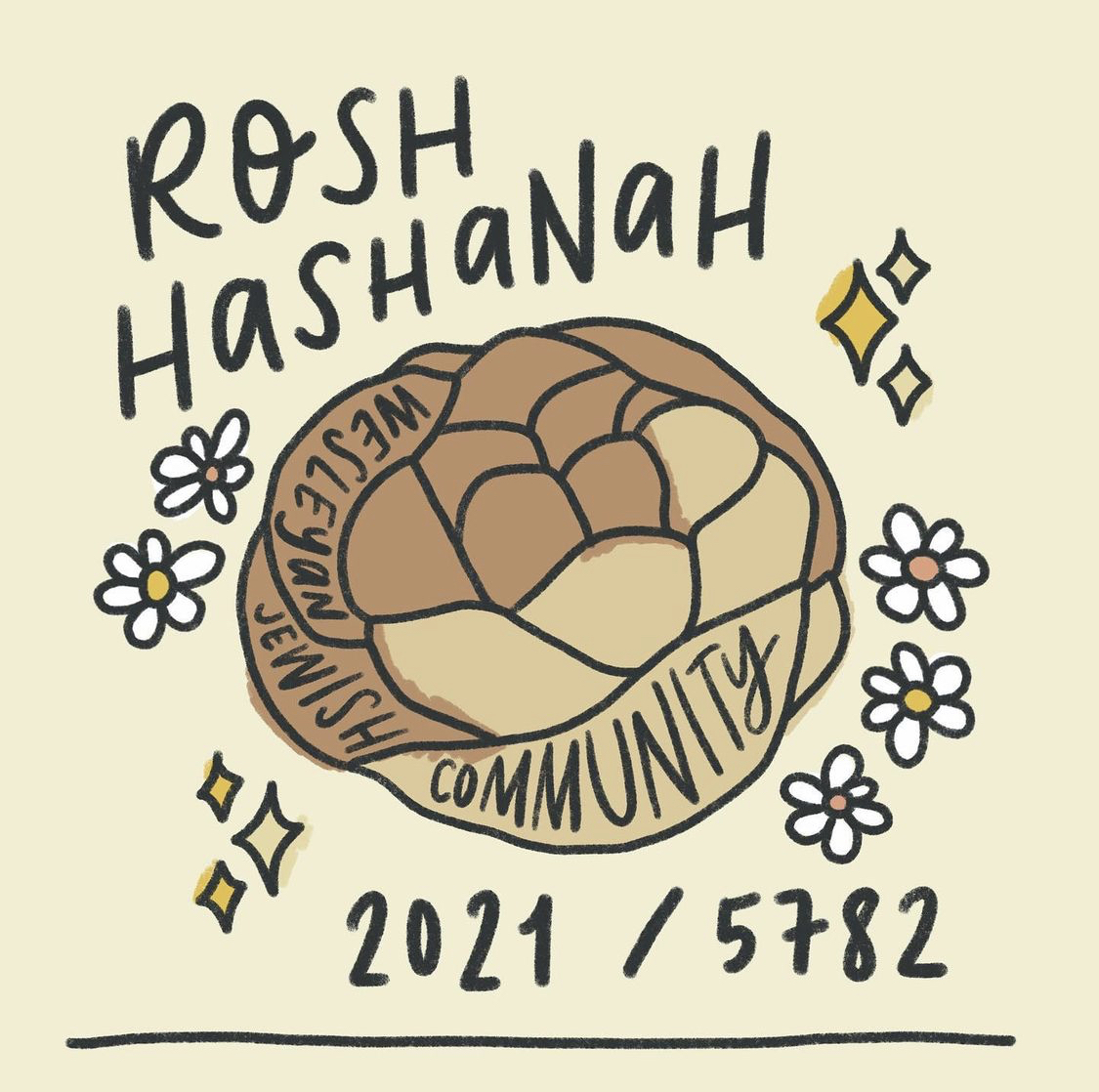 Rosh Hashanah is analogous to the Jewish New Year and is often characterized as a time to try new things and openly embrace newness. Rosh Hashanah falls on the first day of the Jewish year, Tishre, and begins a 10-day prayer period before the start of Yom Kippur, a second major holiday. Unlike the Gregorian calendar, which operates on the solar scale, the Jewish calendar operates on the lunar scale, which means that the lunar cycles mark the start of each month. Therefore, the Jewish calendar is completely separate from the university calendar, allowing the first day of class to begin on Rosh Hashanah, one of the most important holidays of the Jewish year.

According to University Registrar Anna Van Der Burg, academic calendars are offered and drawn up in six-year groups. For example, in the fall of 2019, the University implemented and finalized academic calendars until the summer of 2025. Additionally, in the fall of 2025, the University will begin the next group of calendars which would last until ‘in 2031. According to federal regulations, each semester must contain fifteen weeks. academic activity, including thirteen weeks of lessons. In addition, the academic activity for the semester must be completed by Wednesday, December 22, when the University’s students go on winter vacation.

The academic calendar is created through a long and detailed process between Van Der Burg and the Education Policy Committee (EPC). The process of implementing academic calendars begins with Van Der Burg drafting a first draft of the calendars and submitting it to the EPC. After a long period of back-and-forth between the EPC, which provides reviews and changes, and Van Der Burg, who implements the changes, professors vote to approve the schedules. The process of finalizing academic calendars can take up to a year, largely due to the extensive review process. Despite these long conversations, the University approved a schedule that would result in the overlap of the first day of class and the Jewish New Year.

Tuesday August 17, Associate Vice President and Dean of Students Rick Culliton sent an email to students detailing the University’s position on this overlap. In his email, Culliton advised students to contact faculty if they planned not to attend the first day of class. Unlike previous semesters where faculty could drop out of students who did not show up for the first two classes, Culliton noted that this semester, the University instructed faculty not to drop out of students who attended Rosh Hashanah services. That day. Additionally, members of the administration including Provost and Senior Vice President Academic Affairs Nicole Stanton briefed faculty on the University’s plans to address the issue.

â€œMemos dealing with the conflict have been sent to the campus community to enable them to make arrangements that work for as many people as possible,â€ University Communications wrote in an email to The Argus. “In that case, [the] teachers have been alerted in advance and have asked them not to penalize students who observe this important holiday and choose not to attend class.

“The email to the students particularly frustrated me as it was a very short email from Dean Rick that expressed no sympathy, took no responsibility, made no apologies and was instead a very statement. cold, â€said Appelbaum. . “The most we got out of the email was that the administration had asked professors not to remove people from their classes if they didn’t show up on day one, and I didn’t feel not [it] was strong enough to put Jewish students at ease, especially freshmen.

Appelbaum also expressed disdain for how the administration’s response negatively impacted the University’s Jewish community as a whole.

â€œI was both outraged and completely unsurprised,â€ Appelbaum said. â€œI saw how the University doesn’t seem to care about making it a place where Jewish students, especially observant students, feel like they can be a full part of the community, so this was not surprising but still infuriating to see this happen. “

Sarah Backer, CJM Jewish Community Coordinator ’22 described his reservations about the overlap, but mentioned that there was a lot more at stake.

â€œI was worried and stricken with anxiety, but I was not at all surprised,â€ Backer wrote in an email to The Argus. â€œI was honestly sad that the university had failed to deliver on its commitment to be an inclusive and tolerant environment for students of all religious backgrounds.

In response to the conflict, the WJC board had lengthy conversations about the issue of the early years, of which about 110 identify themselves as Jews.

“I think it was disappointing because it was difficult to start a college experience, especially as a freshman, [and have] to make that decision if you want to go on the first day of class or celebrate Rosh Hashanah with everyone, so it certainly wasn’t ideal, â€Danielle Garten, President of WJC Chagim (Holidays). ’24 noted. “I know I’ve been under a lot of stress.”

Former WJC Limmud (Jewish apprenticeship) Kesher Abby Fisher ’23 echoed Garten’s sentiments, pointing out that the decision to overlap the first day of class with school vacations made it difficult for some freshmen to adjust to campus life.

“I think as a board we were concerned about the freshmen whose first interaction with the teachers was going to be ‘Hey, I can’t make it to the first class, please don’t me. don’t give up from your classâ€¦ I have to go to church services because it’s one of the most important days in the Jewish calendar, â€Fisher said. â€œFor me personally, I ended up going to class on the second day of Rosh Hashanah, which was really difficult for me. I didn’t want to cause myself a lot of anxiety for the rest of the semester, so I really felt compelled to do so, as Wednesday is my busiest day in school. But it really felt like a conflict and it really didn’t feel right. “

“From Wesleyan [response] was kind of like, ‘Here is the deletion / addition schedule, caveat: we urge faculty not to abandon students from their classes if they have missed during those days, “said Fisher. â€œSo putting the blame completely on the students rather than admitting that as an administration they messed up. Immediately I was a little jealous of the way other schools were handling this.

WJC board members discovered the intersection of courts and Rosh Hashanah in May 2021. WJC board contacted university president Michael Roth ’78 and other members of the administration after the start, demanding that classes be recorded and instituted a no questions asked policy for the second and third day of class. The WJC board and administration exchanged emails throughout the summer, leaving the WJC and Jewish students in general unsure of what would be done about the situation. University Communications has confirmed that emails regarding the conflicting dates were exchanged over the summer with members of the WJC.

â€œWe were hoping to get the most out of it,â€ Appelbaum said. “We were hoping that there would be a stronger: ‘we told the teachers that they cannot abandon the students for missing the first day of class’, or’ we asked the teachers to record the first day. of course â€, these [were the] kinds of things that we hoped to see, but didn’t get. It put us in a bit of a rush to figure out what to do at this point. “

Backer said she believes the scheduling issue reflects a larger trend in the way the university administration handles religious life on campus.

â€œThe Wesleyan as an institution seems to have a strange anti-religious bias,â€ Backer wrote. â€œReligious student groups are not getting the attention or funding they deserve, which was especially clear with the chaplains situation that MSA faced over the past year. Part of a progressive, open-minded and inclusive institution, as Wesleyan claims to be, is about supporting religious student groups. I know that without the Wesleyan Jewish community I would be lost and [would] have a more limited sense of community here at Wesleyan. Additionally, religious chaplains and student groups provide much-needed spiritual and mental support in Wesleyan, with CAPS grossly underfunded and understaffed, at a time when students have never needed so much. of this support.

Despite the difficulties for Jewish students to attend, WJC board members said the Rosh Hashanah services themselves went very well.

“Of course, it was really unfortunate that this was happening, [but] I also felt that the Rosh Hashanah services were a huge success and it was nice to see so many people come; it really exceeded my expectations and it is a very good service, â€said Garten. â€œEveryone was really excited to be there and [was] excited to participate and so it was a really good feeling on top of all the tension between having to decide [to attend class], and having an administration not doing what was most ideal for some students. Other than all that Rosh Hashanah went really well and it was so nice to see everyone there.
Oliver Cope can be reached at [email protected].