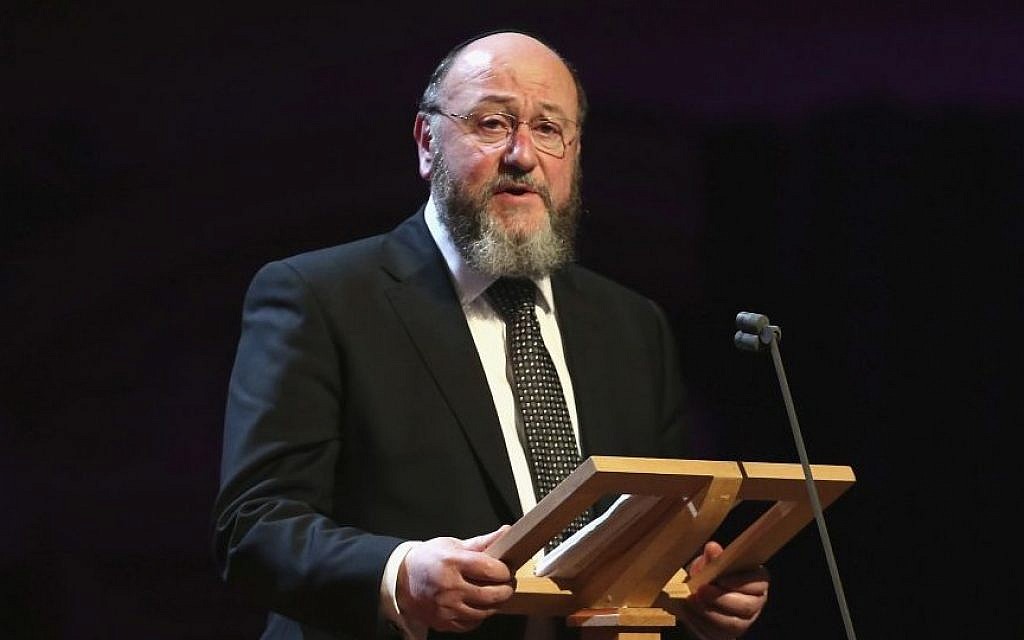 UK Chief Rabbi Ephraim Mirvis has warned that it may become “unsustainable” for Jews to live in Northern Ireland due to an upcoming ban on imports of chilled meats from Britain, as part of the country’s Brexit deal with the European Union.

The ban does not include an exemption for kosher meat, which the religious leader of Northern Ireland’s Jewish community said could result in “the community’s complete death,” the BBC reported on Friday.

In the deal under which the UK left the EU, Northern Ireland must continue to meet block product standards, including a ban on the import of chilled meats, such as sausages or minced meat from non-member states such as the UK.

The ban was supposed to go into effect on June 30, but its implementation was postponed until the end of September.

While the community of less than 100 Jews can import chilled kosher meat from EU member Ireland, they say it costs too much, according to the broadcaster. Meanwhile, the ban will prevent them from acquiring the meat elsewhere in the UK, due to the trade barrier created with Northern Ireland as part of the Brexit deal.

The report quotes a statement by the Chief Rabbi describing the situation as “unintentional collateral damage resulting from the current trade differences between Britain and the EU”. He called for a solution for “this precious and historic Jewish community, enabling them to bring essential food supplies and items necessary for the observance of festivals.”

He added: â€œThese are existential concerns, as there is an increasing risk that living together will become unsustainable. “

By way of illustration: A photo of the old synagogue in Belfast. (Northern Ireland Friends of Israel via JTA)

The rabbi also thanked UK Secretary for Northern Ireland Brandon Lewis for pledging to work with the EU to find a solution.

David Kale, the religious leader of the Jewish community of Northern Ireland, has expressed concern for the future and called for a religious waiver to the ban on importing kosher meat from non-member states of the EU.

â€œOur religion forces us to eat kosher and unfortunately no one can live without eating,â€ he told the BBC.

Kale also said members of the Jewish community living in old age residences or in hospital depend on kosher meals on wheels from Britain – England, Scotland and Wales.

Speaking in the House of Commons on Wednesday, British Prime Minister Boris Johnson warned that the effect of the ban on imports of kosher meat from Britain could lead to an “exodus” of Jews from Northern Ireland .

“We want to do everything we can to prevent this,” he said, while acknowledging that the problem was “far from over”.