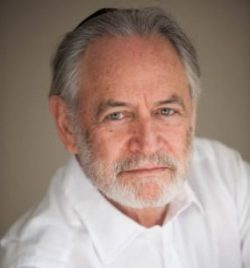 My late father left his post as Senior Rabbi of the Federation of London Synagogues to fulfill his dream of establishing a Jewish school that would combine the best of secular education with good Jewish and religious education.our experience. He became a spokesperson for Jewish education at a time when it was not only outdated but seen as a barrier to integration and success in life.

Carmel College was founded in 1948 and as it grew and succeeded my father traveled to southern Africa and Australia to promote the cause of Jewish education as the best guarantee of survival and to help raise funds for Jewish schools. In 1956 (as a reward for good behavior), he took me with him on a speaking tour of South Africa to raise awareness of Jewish education. There I met the vibrant Jewish community and its powerful Chief Rabbi, Professor Louis Rabinowitz, as well as seeing for myself the evils of true apartheid. New schools are created and among them those which take the name of Carmel. One was in what was then Southern Rhodesia, now Zimbabwe, in the second city of Bulawayo.

Ten years later, while I was a rabbinical student in Jerusalem, the rabbi, Professor Louis Rabinowitz, then the retired chief rabbi of South Africa, sent me to Bulawayo on a temporary assignment. At that time, Southern Rhodesia was an autonomous British territory where the white minority held all the levers of power. When Harold Wilson became Prime Minister of the United Kingdom in 1964, he initiated the “Winds of Change” policy of granting full independence to the former British African states.

White Rhodesians, who made up only 5% of the population, opposed the prospect of a ruling black majority and, under the leadership of Ian Smith, declared the Unilateral Declaration of Independence in 1965 (while still professing loyalty to the queen). I still have locally produced toilet paper with Harold Wilson’s face printed on it! The UDI has indeed blocked all progress made towards the integration of black and white communities and has even reversed. I arrived in Bulawayo just as Smith was beginning to impose an apartheid-like South African regime.

Bulawayo was a small, vibrant, warm, welcoming Jewish community, reflecting all the different strands and opinions of Jewish life. She was proud of her Carmel school founded in 1958 and strongly Zionist. At that time, it was predominantly Jewish but had welcomed both black and Indian students who valued its ethics and standards.

A month after I arrived, Ian Smith proposed what he called the Land Allocation Act which in practice limited shopping to separate areas and meant that most non-white children would not be allowed to go. go to Carmel school. The community of Bulawayo was divided. Some were in favor of cooperation and the exclusion of non-Jewish children. Others wanted to take a stand.

It turns out that the Central African Zionist Federation had scheduled a conference in Bulawayo and this issue was on the agenda. I am proud to have given a speech against segregation and in favor of retaining non-Jewish and non-white students. And we won the day. Unfortunately, in less than a month Smith passed the Land Allocation Act and the matter was settled against our will.

The Carmelite school continued and worked well. When Zimbabwe finally gained partial independence in 1978 (full independence in 1980), the school was aable to open again to students outside the Jewish community. Independence under Robert Mugabe turned into a fratricidal and racist disaster. Slowly the Jewish community began to emigrate. The number of Jewish children has declined and today the Carmelite student body is non-Jewish. And yet, it remains an ethically-minded, strongly pro-Israel school where all of its students learn Judaism and the school calendar follows Jewish lines.

Carmel opened in 1958 when the growing Jewish community in the city of Bulawayo felt the need for a school that offered a mix of Jewish and secular education.

It started with eight first-grade Jewish children in a makeshift classroom and moved to its current site in 1960 with five teachers and 160 students in classes through fourth grade. In 1964 he offered classes until the seventh year, and at the end of that year the first founding pupils became the first graduates of Carmel.

While Carmel maintains its Jewish ethic, with Shabbat – the lighting of candles and blessings – celebrated every Friday and every Jewish holy and commemorative day being observed, the school has become fully integrated with children of all ages. denominations in 1979. This created an environment of respect for diversity. of faith, culture and ethnicity, a strong ethic for tolerance and diversity being among the defining characteristics of Carmel.

The size of the school provides another distinguishing factor and strength. Being a small school, all the students feel they belong to the same â€œfamilyâ€; all the pupils participate and find their place in the sporting and cultural events of the school.

I have attached a heartwarming youtube video of the children at Carmel School, chanting Hatikvah and lighting Shabbat candles. Given the tsunami of hate that has engulfed almost everyone we live in today, this vignette gives me hope that with love, commitment and a sense of independence, the best angels in our nature may be able to overcome the hatred that we now see everywhere.

And that for the school itself.

Rabbi Jeremy Rosen lives in New York. He was born in Manchester. His writings cover religion, culture, history and current affairs – whatever he finds interesting or relevant. They are designed to entertain and stimulate. Disagreement is always welcome.

Visit the main J-Wire page for all breaking news, gossip and what’s going on in your community.

What has the Catholic Book Club read recently? Novels.