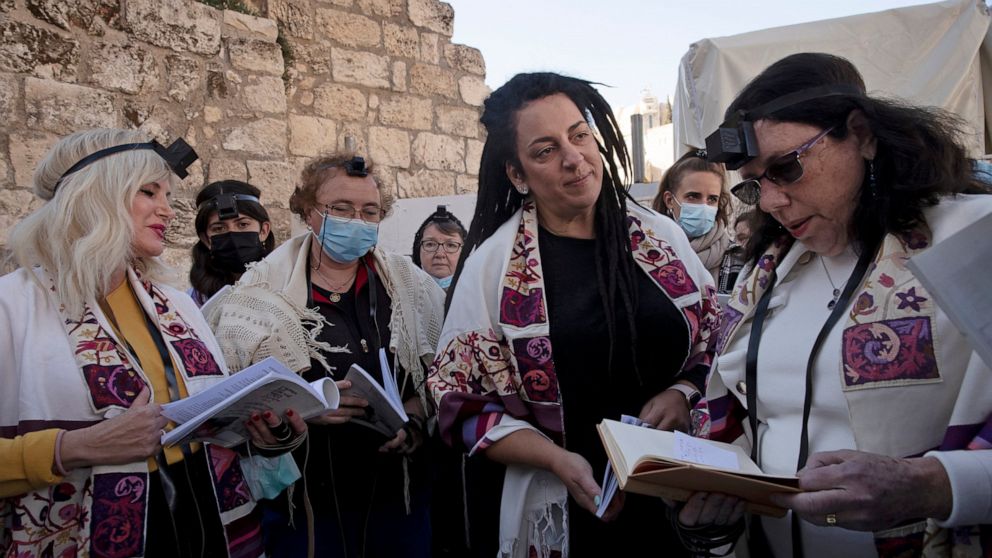 Future of prayer site uncertain under fragile government of Israel

JERUSALEM – When Israel’s new government took office last June, it signaled it was moving forward on an egalitarian prayer site at the Western Wall in Jerusalem – a sensitive holy place that has become a sticking point among the Jews on how prayer is conducted there.

But the plan runs up against the limits of Israel’s fragile government, which is struggling to move forward on the issue due to its own internal divisions. The inaction has disappointed both Israeli groups that promote religious pluralism and their American Jewish allies, who see the issue as an important test of recognition by the Israeli government.

“Anyone can topple the government if they sneeze in the wrong direction,” said Anat Hoffman, president of Women of the Wall, a group that advocates for pluralistic prayer in the holy place. “They are very careful with the temperature of the hot potatoes coming to them and the Western Wall is a special hot potato.”

The Western Wall is considered the holiest site where Jews can pray. Under ultra-Orthodox management, the wall is currently separated between the male and female prayer sections.

Under the more liberal reformed and conservative currents of Judaism, women and men pray together and women are allowed to read Torah, which Orthodox Judaism forbids. These currents are in the minority in Israel but constitute the majority of American Jews. Israel’s refusal to recognize these liberal currents has long been a point of tension with American Jews.

After years of negotiations, Israel approved a plan in 2016 to officially recognize a special prayer area at the Western Wall. The $ 9 million plan pledged to expand an egalitarian prayer site and make it more welcoming for prayer and religious events hosted by Jews who do not follow Orthodox traditions.

The deal was welcomed by American Jewish leaders and seen as a significant step forward in promoting religious pluralism in Israel, where ultra-Orthodox authorities rule almost every aspect of Jewish life. But then prime minister Benjamin Netanyahu never implemented the plan due to objections from powerful ultra-Orthodox allies who initially approved it.

He abandoned the plan the following year, resulting in strained relations with American Jewish leadership that continued until he stepped down last year. His close relationship with President Donald Trump has further disturbed the strongly Democratic Jewish community.

American Jews have long lamented that Israel should accept both their religious practices and their financial and political support.

The new government, led by Prime Minister Naftali Bennett – the child of American immigrants – has raised hopes that the plan can be revived.

As Israel’s Minister for Diaspora Affairs at the time, Bennett voted in favor of the plan during its initial presentation and repeatedly expressed the importance he placed on relations with the American Jewish community. The fact that his coalition excludes all ultra-Orthodox parties only heightened the feeling that the time had come for the plan to move forward.

Under Bennett’s leadership, contacts between liberal American Jewish leaders and Israeli government officials increased. Bennett himself met with leaders in what was seen as a major step in mending the ties.

But Bennett heads a heavy coalition of parties from all walks of life that was united behind the goal of ousting Netanyahu and very little else. While the Western Wall plan features in the agreements that brought the coalition together, its leaders have generally chosen to avoid divisive issues that could undermine its stability.

â€œWe have to be careful. The makeup of this government is complex, â€Diaspora Affairs Minister Nachman Shai told The Associated Press.

He said Bennett had decided to put the plan on hold for now. “My bet is that it will happen at the end but it won’t happen tomorrow or the next day.”

Bennett’s office did not respond to a request for comment. In a statement, Western Wall Rabbi Shmuel Rabinowitz did not disclose his position on the deal, but said the site was “not the place to engage in political struggles.”

Tensions at the Western Wall continue to escalate. On Monday, dozens of women arrived to pray wearing prayer skulls and shawls – items reserved for men under Orthodox Judaism. In what became a monthly ritual, they were encountered by young women screaming in an attempt to stifle their prayers.

Ultra-Orthodox rabbis strictly regulate Jewish practices in Israel such as marriages, divorces, and funerals. The ultra-Orthodox religious establishment sees itself responsible for upholding traditions through centuries of persecution and assimilation, and it resists any incursion by liberals it often sees as second-class Jews who ordain women and men. homosexuals and are too inclusive of converts and interfaith marriages. .

Liberal currents have made headway in Israel in recent years, creating synagogues, youth movements, schools and kindergartens. A former leader of the liberal reform movement in Israel is now a lawmaker, and Israel’s secular majority has grown more tolerant.

But authorities have generally tended to view them as a somewhat foreign offshoot imported from North America that does not match the way religion is typically practiced in Israel. It helps explain why the Western Wall deal is so important to them.

Rick Jacobs, president of the Union for Reform Judaism, said if implemented, the deal would open the door to further steps towards religious pluralism in Israel.

“This is a question that will not change everything, but it will change and symbolically move things towards more respect or legitimacy,” he said. “I hope this government finds the political will to do it.”