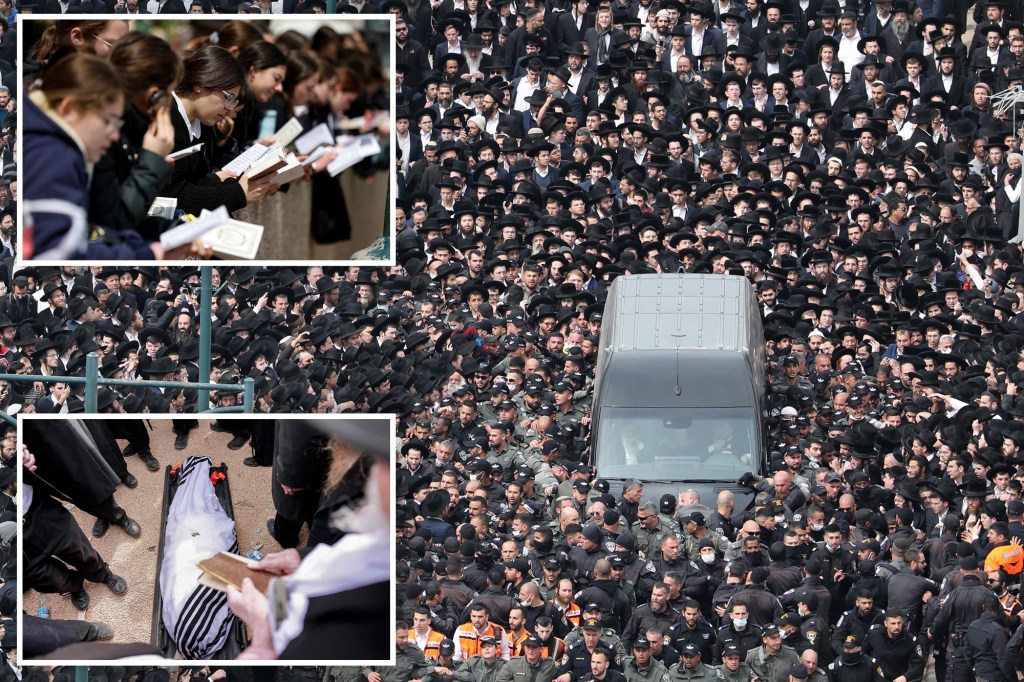 Half a million mourners attend funeral of rabbi in Israel

The Sunday funeral of a revered rabbi in Israel drew half a million mourners dressed in traditional ultra-Orthodox clothing, turning the streets of a religious suburb of Tel Aviv into a sea of ​​black.

The roads of Bnei Brak were filled with men and boys in black suits – one of the largest gatherings in Israel’s history – mourning Chaim Kanievsky, of Belarusian origin, who died Friday at the age of 94 .

Breaking up the huge crowd, dozens of police formed a phalanx around the van carrying the rabbi’s body as the vehicle drove towards the Bnei Brak cemetery.

Police estimated the crowd at around half a million people – one of the largest gatherings in Israel’s history.

Kanievsky, born in what is now Belarus, was the de facto leader of what is commonly known as the Lithuanian branch of ultra-Orthodox Judaism, and his knowledge of Jewish law was so revered that his rulings were said to demand full compliance within his community.

To some followers he was known as “our master, the prince of the Torah”, understanding the laws and traditions of the religion. Benjamin Brown, professor of Jewish thought at Hebrew University, told AFP that Kanievsky “became an authority figure almost against his will”.

“I cried when I heard he was dead,” said Shlomo Lugassi, 41, who had previously tried unsuccessfully to push his way through the crowds to reach the late rabbi’s apartment.