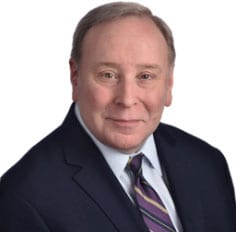 Whenever Israel has reason to doubt the reliability of America’s friendship, some in the Jewish state begin to think of the need to reassess its attitude towards the world.

This usually involves a desire to stop seeing itself only as part of an alliance with other Western democracies and instead start acting as a fully independent state that focuses solely on its own interests.

This kind of realpolitik attitude is understandable. But this is especially true at a time when the United States becomes obsessed with appeasing rogue states like Iran, the chimera of a two-state solution with the Palestinians, as well as when it is showing signs of self-righteousness. growing disinterest in engagement in the Middle East. The recent failures of the Biden administration are fueling the disillusionment felt by some Israelis with the US-Israel alliance.

Israelis should keep their eyes wide open on the problems of their dependence on the United States for military aid and seek more independence in this area. But the problem when you think that he should look for friends elsewhere to give him various viable diplomatic options, is that there is no real alternative in the United States. While it may be fun for some to fantasize about a world in which the Jewish state could operate on its own, Israeli leaders are not playing a board game like “Risk,” where all players are equal and free to play. forging and breaking alliances. with each other.

That is why Jerusalem must be especially careful to resist the temptation to draw closer to China or to distance itself from the often inconsistent efforts of the United States to restrain Beijing’s efforts to achieve global economic and military hegemony.

When China began to open up to international trade and diplomacy in the late 1980s, few countries were as keen to take advantage of it as Israel. After many years of relative isolation during which he was shunned and boycotted by third world nations and the Soviet bloc, it was understandable that the Jewish state viewed the possibility of forging ties with Beijing as a golden opportunity. .

Over the next three decades, China emerged from Maoist totalitarianism with a thriving semi-free capitalist economic system while retaining its brutal Communist government. This has enabled it to become a global economic power, as well as strategic ambitions that rightly frighten the West. At the same time, Israel has gone from a desperate economic case to a first world “start-up nation” economy. This has led some to believe that close trade ties and better relations with China should also be a priority for Israel.

It is important to clarify that Israel must to some extent engage and ensure that it maintains open communication with other powers. This is especially true of Russia, which is a military force in the Middle East and has a powerful influence in the region. This will also have to be the case with China, as it is also starting to show its muscles there. Still, there is a difference between that and the kind of wholehearted embrace of the Chinese option that some so-called smart people in Israel want.

China has spared no efforts to throw money around the world as it flaunts its ambition to achieve, at the very least, full superpower status alongside that of the United States. and overtake it. It’s no surprise, then, that at a time when Israel seeks more investment in its burgeoning high-tech sector, some believe Beijing can deliver exactly what the Jewish state needs.

As David Feith, former Assistant Under Secretary of State for East Asia and Pacific Affairs noted in an insightful editorial published last summer in The Washington post, Chinese investors, state-owned enterprises and technology companies, such as Huawei and Alibaba, acquired or invested in some 463 Israeli companies between 2002 and December 2020. While the United States and other countries have sometimes turned a blind eye On the illicit activities of companies like Huawei, which are rightly feared as agents of influence doing the will of the Communist Party of China, Israel has shown itself to be particularly disinterested in monitoring or regulating their activities. Indeed, former Prime Minister Benjamin Netanyahu openly boasted of his reluctance to do anything to stop the spread of their influence inside Israel.

While Netanyahu was generally a master of foreign relations, this was a mistake. The fact that, as Feith pointed out, “Chinese companies have built or operate some $ 4 billion in Israeli infrastructure, including the Tel Aviv tram, the port of Ashdod and the Carmel tunnels,” is disturbing. Netanyahu listened to the very friendly Trump administration when it demanded that it stop Huawei from expanding Israel’s 5G internet networks and prevent the Chinese from acquiring a desalination plant. But the green light from the former prime minister, despite strong objections from Trump and a staunch friend like former Secretary of State Mike Pompeo, for China to start operating a terminal in the port of Haifa was a fault. This could potentially render it unusable for the US Navy after years of its Mediterranean fleet treating the city in northern Israel like a home away from home.

Some of Netanyahu’s staunch admirers believe that current Foreign Minister Yair Lapid, who formed the government that removed him from office, is spoiling Israeli foreign policy. In many ways they are right, but what they forget is that Netanyahu’s efforts to woo Beijing have been a dismal failure.

Last March, months before Netanyahu’s ouster, China signed a $ 400 billion deal with Iran that changed the correlation of forces in the Middle East. This pact more or less guaranteed that Tehran could resist Western sanctions because it offered them a reliable market for the sale of their oil. China’s massive investment in Iranian infrastructure, which overshadows the money they spent in Israel, along with the prospect of even greater cooperation between the two countries have decisively heightened the major regional security threat. Israeli.

Also illusory is the idea that high-tech investments will change China’s basic orientation to the detriment of an effort to co-opt and profit from the success of radical forces in the region. The Israelis see themselves as partners of the Chinese and think they are influencing them to be more favorable with them. But the CCP’s contempt for the Jewish state was manifested in May when China condemned Israel’s efforts to defend itself against Hamas terrorism in the same unjust manner as most other members of the United Nations.

At the heart of this problem is the conviction of some that China poses no threat to the West or to Israel. Former Mossad leader Yossi Cohen, who is seen by some as a potential successor to Netanyahu as Likud leader, is a voice of reason when it comes to the Palestinians and Iran. But statements like his claim that US fears about China’s push for world domination are unfounded demonstrate his complete ignorance of the subject.

So when some Netanyahu fans criticized the new government led by Prime Minister Naftali Bennett and Lapid for voting with the West to condemn the Chinese government’s crimes against Uyghurs at the United Nations as naive or a missed opportunity to exchange Israeli indifference to the genocide against Chinese support elsewhere, they weren’t just advocating an immoral policy. They illustrated how blind some members of the Jewish state are to the preeminent threat to the West in the 21st century.

China’s use of its internet resources, social media companies like TikTok, and its expanding investment portfolio is now widely viewed by a reasonable majority of Republicans and Democrats as a growing problem. These concerns are compounded by how Beijing is using the weakness of the Biden administration in the wake of the Afghanistan debacle to weigh on it. Its recent violations of Taiwanese airspace are a sign that if democracies don’t start acting as if they really want to contain Beijing’s aggressive instincts, the problem will only get more dangerous.

Israel is neither an American vassal nor the 51st state. But while it may dream of being free from Americans, as a democracy whose fate ultimately hinges on the security of the West, Israel clearly has a stake in the effort to stop China. . Whether we like it or not, he must choose his side in this fight. Anyone who thinks he can remain neutral ignores both the best interests of the Jewish state as well as those of the one country with which it shares the kind of values ​​that make alliances last.

Artificial intelligence: what impact on the education sector?