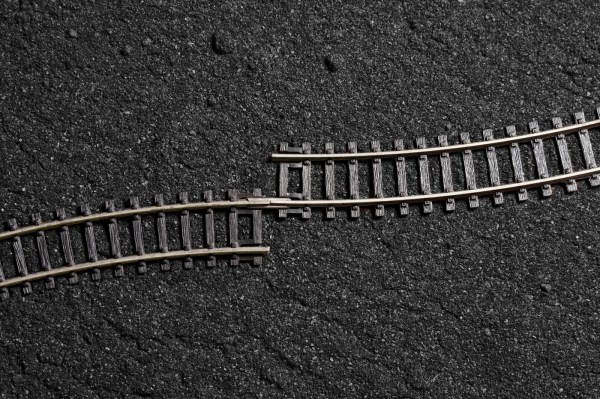 Dan Perry is Managing Partner of Communications Agency Thunder11. He previously headed the Associated Press in the Middle East, Europe and Africa.

At first glance, it is impressive that Israel has almost as many unicorns as the European Union with a population almost 50 times smaller. It may seem strange to suggest that the gap may still widen. And yet it is so.

The technological ecosystem is like a flywheel. When founders sell or go public, money flows into the ecosystem in three ways. The first, of course, is the injection of liquidity from investors.

The second effect is the creation of new investors. There is some truth to the idea that newly wealthy founders (and employees) first buy a house and then start investing in startups themselves. And third, venture capital is pouring in to those who have been successful innovators in the past – a halo effect that is as evident in Israel as it is in San Francisco.

These things happened with the early employees of companies like Google, Uber, and Twitter, who became investors or founders. And one version of it is in Israel, where it’s not uncommon for employees to demonstrate a complete belief that they can do better than the founders who brought them wealth.

Being the # 10 employee of an Israeli success story like Monday.com or SentinelOne is a bit like being the # 15 employee of Uber or Instagram: companies can offer a little less halo, but not this much less. These employees who have become founders have skills and backgrounds sought by investors. And Israeli cheeky can sometimes do the rest.

That’s why Israel is pushing 100 unicorns – private companies (mostly all in the tech field) valued at $ 1 billion or more. Compare that with Europe, which has a much larger population and only 125 unicorns. It is such a profound success that it demands an explanation.

For starters, Europe’s corporate culture is far more risk averse than Israel’s, for reasons based on its past successes. There are easier ways to make a good living in much of the EU, while in Israel, with its less established legacy economy, tech entrepreneurship has long been a more attractive avenue.

This paradigm suited a disjointed society that has never known true peace and that is made up mostly of immigrants or their children. It’s an origin story that breeds a spirit of adventure – and also its cousins, innovation and entrepreneurship. Add to that the technology driven by the security industry and the military, which are the result of wars, and start a mass emigration from the Soviet Union after the arms race, and you have a story.

In a new wrinkle, add to that the COVID factor. Israel was able to emerge from the pandemic stronger because of an early bet on vaccines and the fact that its outside tech sector (perhaps a tenth of the workforce) was well suited to remote working. In addition, Israel attracted significant venture capital funds during the period.

It happens at the right time. Israeli companies, which are already exceeding their weight in areas like cyber, fintech, and SaaS, hold tremendous promise in verticals like food tech, agritech, space technology and, of course, vaccines.

But this is where the picture darkens: A major roadblock can prevent Israel from realizing that potential.

On the surface it would be appear that Israel is well equipped to provide workers for its industry. Indeed, these data show that Israel has 135 scientists and engineers per 10,000 citizens, “more than any other developed country.” But that’s not enough for the demands created by the booming tech sector.

This shortage of supply drives up the cost of labor, making Israeli engineers much more expensive than their counterparts in most countries. In the age of remote working, this is pushing employers to outsource work to countries like Ukraine and Romania, a trend that does not bode well for continuing to bottle the special sauce of ” Startup Nation “.

Other things are going in the wrong direction. Israeli students’ international test scores in math, science and reading are plummeting relative to other countries, in large part due to massive political dysfunction: successive governments have allowed unhindered growth ultra-religious schools which often do not teach mathematics at all.

This ties into the larger question of the astonishing expansion of the ultra-Orthodox sector, where half of the men study religion full time (and most of the other half work in a large religious service bureaucracy) and women are dedicated to raising more than seven children. each on average. Another sector that does not participate proportionately in the tech economy is that of Israeli Arabs, a historically disadvantaged and underfunded community that lives with high crime rates.

One obvious approach would be to encourage ultra-Orthodox Jews and Israeli Arabs to integrate into all of Israel and receive all the tools. The underfunding of Arab Israeli towns and schools must end (a process starting in small steps this year, with an Arab party joining the new coalition), and the government must order police to crack down on widespread crime in the area. Funding should be denied to all schools that do not teach math or science (one of the many steps required to integrate the ultra-Orthodox).

The Israeli government is expected to seize the initiative through public-private partnerships – the very approach that in the past has helped incubate and fund promising startups – that would target ways to improve the education system. The objectives are the same: to accelerate the economy. Israel must tackle education with the same enthusiasm it has directed against the Iron Dome or with its adversaries.

Opportunities include improving STEM (science, technology, engineering and math) education, especially in the periphery; improving the remuneration of teachers; limit the aggressiveness with which parents can intervene; encourage outside programs like Fullstack Academy and other coding academies to open schools in Israel; and working with tech giants like Wix to further develop the Silicon Valley-style campuses that nurture local talent.

None of this will be easy, but the cost of complacency is high. To do nothing and hope for the best is worse than nothing. It would waste a monumental gift that impenetrable fates have somehow bestowed on the Jewish state.

The Republican Jewish Coalition blew it up