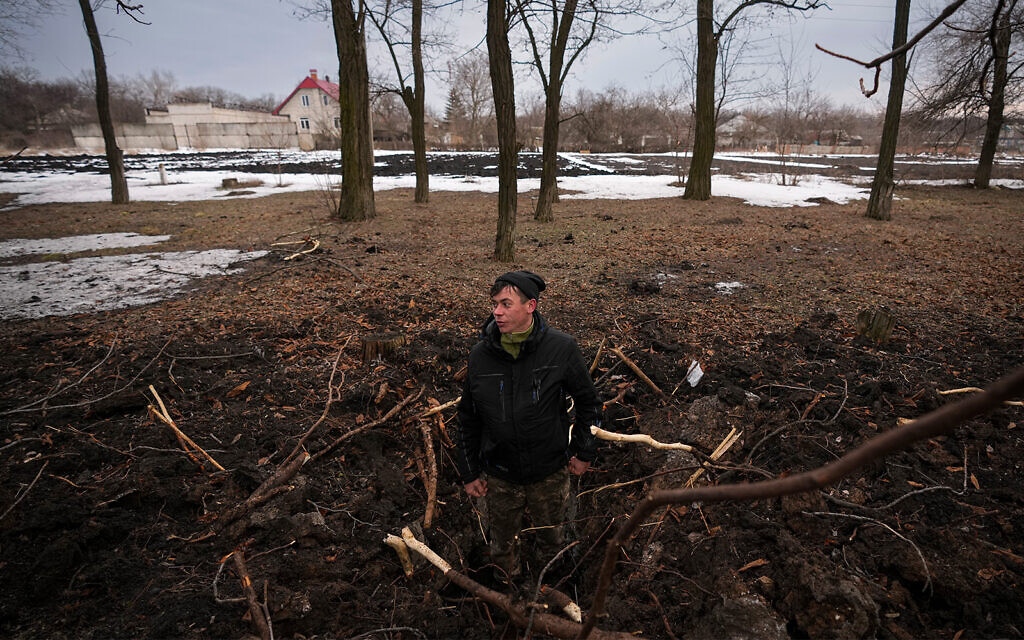 The Jewish-American refugee agency HIAS and its Ukrainian partner are preparing for a possible humanitarian crisis if Russian troops invade Eastern Europe.

A Russian incursion or occupation could result in the mass displacement of millions of civilians, who will need basic services and support after fleeing the fighting for their safety in Ukraine and neighboring countries.

HIAS and its Ukrainian sister group, Right to Protection, prepared plans and assistance for a potential war, using more than two decades of experience in the country.

“We are of course extremely concerned that any conflict that escalates will result in the displacement of hundreds of thousands, if not millions of people,” said Rachel Levitan, vice president of policy and international relations at HIAS.

According to American estimates, a Russian invasion could kill up to 50,000 civilians and cause an influx of refugees of 1 to 5 million people.

On Thursday, NATO allies dismissed Russian claims that it was withdrawing troops from exercises that had fueled fears of an attack, rekindling fears of an imminent war. Russia is said to have built up some 150,000 military forces around Ukraine’s borders.

Concerns have grown in the West about what exactly Russia is doing with these troops – including about 60% of all Russian ground forces. The Kremlin insists it has no intention of invading, but it has long viewed Ukraine as part of its sphere of influence and NATO’s eastward expansion as an existential threat.

HIAS has worked in Ukraine since 2001, initially focusing on helping the country’s Jews. After most of the Ukrainian Jews who wanted to leave had settled in the United States or Israel, HIAS began working with the small number of asylum seekers from elsewhere who had settled in Ukraine.

Its Ukraine branch, Right to Protection, spun off to become an independent organization in 2013. The two groups still cooperate closely and share resources.

Russian army tanks are loaded onto railway platforms to return to their permanent base after exercises in Russia on February 16, 2022. (Russian Defense Ministry News Service via AP)

During the fighting in eastern Ukraine in 2014, HIAS and Right to Protection used their experience working with refugees to help internally displaced Ukrainians, primarily with legal assistance and humanitarian aid. Some 14,000 people have been killed in the fighting with the Russian-backed separatists, which has been simmering for nearly eight years.

The fighting has forcibly displaced more than 2 million Ukrainians and 3 million are in need of humanitarian assistance due to the conflict, according to the United Nations.

Last year, the UN said 734,000 people were considered internally displaced in Ukraine. There are also around 36,000 stateless people and nearly 5,000 refugees and asylum seekers in Ukraine.

Even without an attack, Russia’s sustained pressure on Ukraine has further hampered its faltering economy and left an entire nation under constant pressure.

Right to Protection has 10 offices across the country and employs 160 people, about half of whom are on the eastern border. The services they provide include helping people access government benefits, securing basic services in places that have been affected by conflict, and providing mental health support.

“We are working in partnership with Right to Protection to ensure that they are positioned so that in the event of an escalation of violence leading to displacement, they are able to help respond. There are a number of different scenarios they are planning for,” Levitan said.

Russian forces are stationed on multiple borders of Ukraine, meaning an invasion can come from multiple directions, so the organization is unable to direct resources to a specific area to prepare. 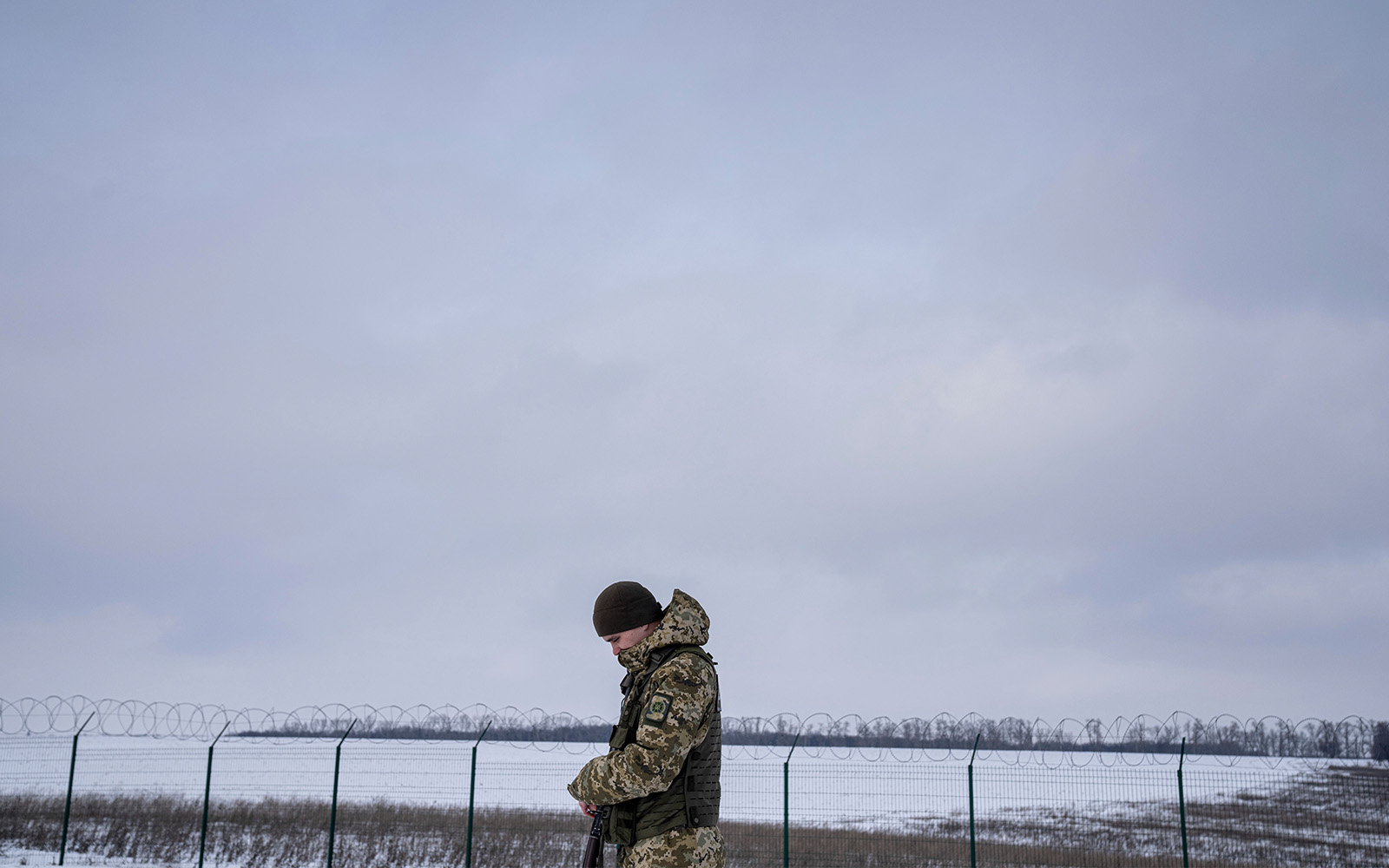 A Ukrainian border guard patrols the border with Russia in the Kharkiv region of Ukraine, February 2, 2022. (AP Photo/Evgeniy Maloletka)

“If violence were to come to Kyiv, which has over 3 million people, then you could see people moving west and potentially crossing into Poland or elsewhere,” Levitan said. “It will really depend on if, and then how, any kind of conflict arises to determine what the answer would be.”

People usually first flee to other parts of their country in the event of conflict, then cross borders if they have to. Those who can will fly out of the country, and others will move in with family members in other areas. It all depends on the resources people have, the resources available, and the scale of the violence and the threat, Levitan said.

The elderly, people with disabilities, female-headed households and children are particularly vulnerable in the current crisis, HIAS said. Older people can be cut off from government benefits in Ukraine if they move to a new area, so they often move in with a family who can support them.

In the event of a crisis, Right to Protection would deploy humanitarian assistance including cash, food and non-food items, transport assistance, protection monitoring and legal advice.

Levitan said the threat of war should be a call to action for European leaders, who should consider how they would respond to an influx of refugees from Ukraine and other similar crises.

“This is one of many potential examples of conflict that will continue to drive displacement to Europe. This is a situation that member states will continue to have to deal with,” she said.

HIAS said it stands ready to partner with other international Jewish groups to help Jews in Ukraine if needed.

Ukraine borders European Union member states Romania, Hungary, Slovakia, and Poland, as well as non-member Russia, Belarus, and Moldova. Ukraine is not a member of the EU. 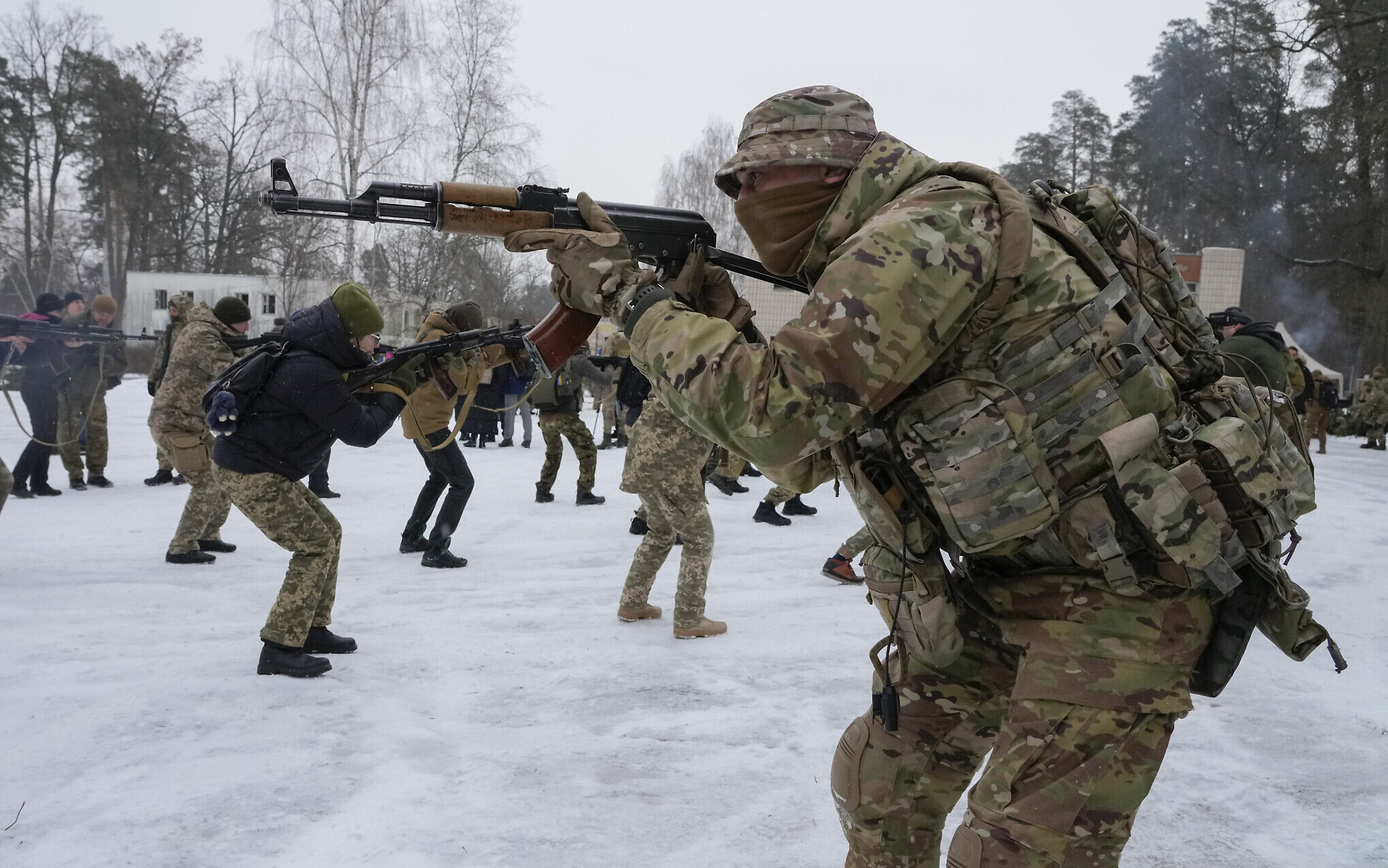 Some of Ukraine’s neighbors have warned of a potential refugee crisis.

Hungarian nationalist Prime Minister Viktor Orban has said a Russian invasion could send hundreds of thousands of Ukrainians fleeing to his country.

Polish Prime Minister Mateusz Morawiecki said his country was preparing for an influx of refugees.

“We have to prepare for the worst,” he said.

Local Polish authorities near the border, including city mayors and the Interior Ministry, have made plans and prepared to receive refugees. Plans include housing refugees in hostels, dormitories, sports facilities and other places.

“From the perspective of the European continent, the current situation is the most dangerous since World War II,” Nad said.

European officials expect Russia and its allies to exploit a refugee crisis for political gain to sow divisions in Europe, US officials told NBC.

Israeli officials have repeatedly implored Israelis in Ukraine to leave the country and discussed the evacuation of non-Israeli Jewish Ukrainians.

Army Radio said Thursday that 110 Ukrainian Jews are expected to arrive in Israel on Sunday as new immigrants, half of whom are under the age of 35.

HIAS, founded in 1881 as the Hebrew Immigrant Aid Society, was established in the United States to provide resources and assistance to waves of newly arrived Jewish immigrants from Eastern Europe. Later he worked to resettle Holocaust survivors and Soviet Jewish refugees.

In the years following the collapse of the Soviet Union, HIAS shortened its name to an acronym and focused on resettling non-Jewish refugees and mobilizing the American Jewish community around the defense of immigrants and immigrants. refugees.

The alternative to payday loans has its own risks

Jews shouldn’t have to live with this intense fear