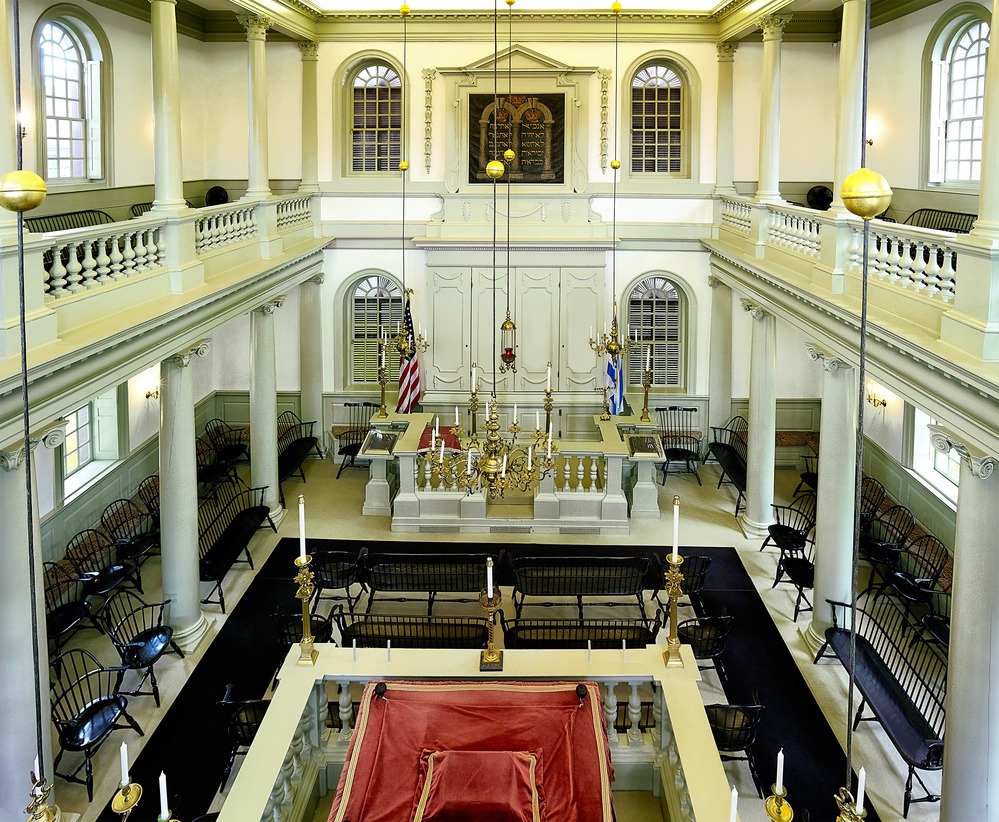 Yes, there were Jews in colonial America. It wasn’t just Puritans and Quakers.

The history of Judaism in North America began in 1654, when 23 Sephardic Jews arrived in the Dutch colony of New Amsterdam, or present-day New York. Like the Puritans, they were refugees from religious persecution.

Sephardim or Sephardim are Jews of Spanish and Portuguese descent. Historians believe that the first Jewish communities in the Iberian Peninsula date from the time after the destruction of the Second Temple in Jerusalem, 70 CE. Over the centuries that followed, the Jews of Iberia developed a rich Hispanic Jewish culture and a unique liturgical tradition.

One of the most eminent rabbis in Jewish history was Sephardic, born in Cordoba. He was Moses ben Maimon (1138-1204), also known as Maimonides. His writings on Jewish law and ethics are still revered.

Over the centuries, however, violence against Jews in Spain and Portugal became more common. It reached its peak in the 14th century, when a high-ranking Catholic priest named Ferrand Martinez gone on a crusade to stir up hatred against the Jews. Violence, including the destruction of synagogues, escalated. In 1391, several thousand Jews in Seville were massacred by mobs.

Many Jews in Iberia became converse, or converts to Christianity, to escape violence. In the 15th century, the Spanish monarchs Isabella and Ferdinand received permission from the pope to launch an Inquisition, primarily against conversos suspected of secretly practicing Judaism. “The Spanish Inquisition” to this day is synonymous with cruelty. Jews were expelled from Spain in 1492 and from Portugal in 1497.

In the 16th and 17th centuries, the Sephardim dispersed to Turkey, North Africa and many parts of Europe. Many settled in Holland, one of the most tolerant countries of the time. From there they migrated to Brazil, Suriname, Jamaica and Curaçao, often under false identities to hide their ties to Judaism. They had hoped to get away from the Inquisition to live openly as Jews again.

Unfortunately, the Inquisition arrived in Spanish and Portuguese territories in South America. The Sephardim had to keep any practice of Judaism hidden.

In 1654, a Dutch colony in what is now Brazil was conquered by the Portuguese. Fearing the Inquisition, 23 Sephardic Jews sailed from Brazil to New Amsterdam. This was only 34 years after the Puritans landed at Plymouth Rock, and around the same time that the first Quaker missionaries arrived in the New World.

The colonial governor of New Amsterdam, Peter Stuyvesant, tried to expel the Sephardim, but the Dutch West India Company rejected the request. The 23 Sephardim established what is now the oldest Jewish congregation in the United States, Congregation Shearith Israel.

As more Jews arrived from Europe, the Caribbean, and South America, Sephardic communities settled in Charleston, Savannah, Philadelphia, and Newport, Rhode Island. It was not easy for them. Christians in their communities were often suspicious of them. But they didn’t have to pretend not to be Jews. Many opened trading posts and prospered. During the British colonial period, they were able to obtain citizenship.

A Sephardic Jew, Francis Salvador, was elected to the South Carolina Provincial Congress in 1774 and 1775. He became the first Jew to win an election in America. In 1776 he joined the militia fighting for independence during the Revolutionary War and was killed in battle against the loyalists. Thus Francis Salvador became the first American Jew to die for his country.

It is estimated that on the eve of the War of Independence, between 2,000 and 3,000 Sephardic Jews lived in the English colonies, out of a population of around 3 million. Around 100 are known to have fought in the Revolution, on both sides.

In 1790, President George Washington visited Newport, Rhode Island. Rhode Island had just ratified the Constitution, the last of the original 13 states to do so. Moses Seixas, director of the local Jewish congregation, presented Washington with a letter on behalf of the congregation. He wrote,

Deprived as we have hitherto been of the priceless rights of free citizens, we now have a deep sense of gratitude to the Almighty who disposes of all events, here is a government, erected by the majesty of the people – a government which to sectarianism gives no sanction, to persecution no aid – but generously granting to all freedom of conscience and the immunities of citizenship: considering all, of whatever nation, language or language, equal parts of the great governmental machine .

May the children of the Stock of Abraham, who inhabit this earth, continue to deserve and enjoy the good will of the other Inhabitants; while everyone will sit in safety under his own vine and fig tree, and there will be no one to frighten him. May the father of all mercy scatter light and not darkness on our paths, and make us all in our various vocations useful here, and in his time and in his way, eternally happy.

In the 19th century Ashkenazi Jews emigrated to the United States in increasing numbers. The Ashkenazi are a people and culture of Central and Eastern Europe, and today Ashkenazi culture is the Jewish culture for most Americans. The Sephardim are much less known. But there are Sephardic communities established during the colonial period that still thrive in the United States.

Emma Lazarus (1849–1887) was a writer, poet, and activist whose Sephardic Jewish family had lived in New York since colonial times. She is remembered today mainly for her poem “The New Colossus”, composed in 1883. The last lines are inscribed on the base of the Statue of Liberty.

Give me your tired, your poor,
Your huddled masses yearn to breathe freely,
The wretched scum of your teeming shore.
Send me these, the homeless, the storms,
I raise my lamp beside the golden door!