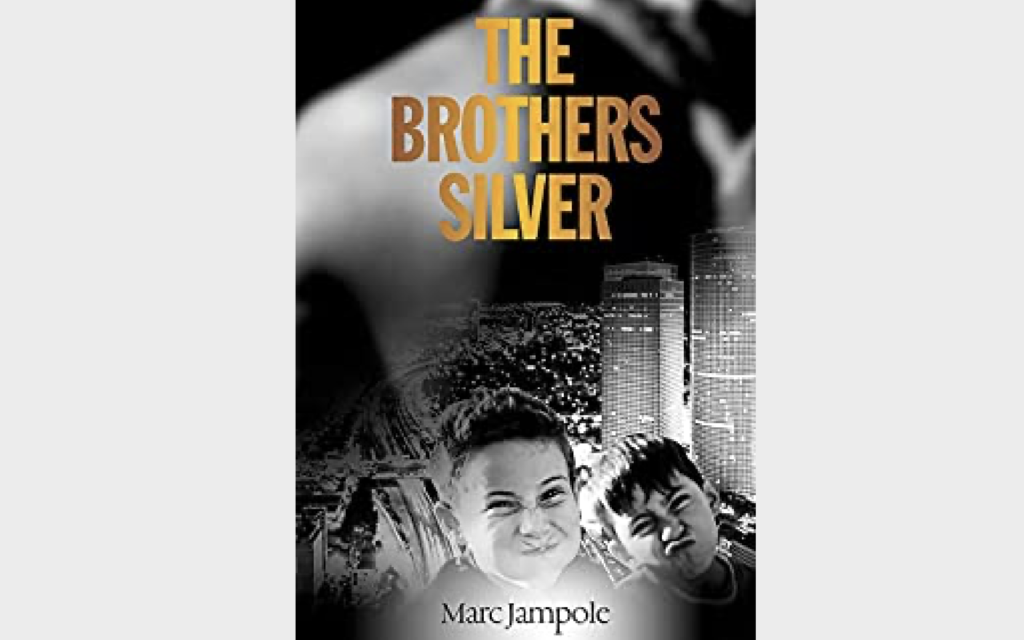 “The Brothers Silver,” the story of two brothers who grow up as a result of intergenerational family trauma, is the haunting and realistic first novel from public relations director and poet Marc Jampole – a Pittsburgher alumnus and former president of the New Light Congregation. After 32 years at Squirrel Hill, Jampole returned to his hometown of New York City four years ago and now serves on the board of directors of Jewish Currents, a national arts and politics publication.

In Jampole’s novel – which emphasizes dark themes like drug use, domestic violence, mental illness, and suicidal ideation – Jules and Leon Silver are raised by their suicidal mother and lewd father, jumping between New York and Chicago. The brothers get used to their mother’s numerous attempts to kill themselves and their father’s distance and neglect, ultimately leading to Leon’s drug addiction and Jules being entangled in a manipulative relationship.

The novel traces the lives of the brothers from the 1960s to the present day as they attempt to escape a sealed fate generations before their birth, portraying parental violence and the trauma that reverberate.

Jampole’s track record of writing poetry and short stories is evident in this novel, as each of its 12 chapters is written in a different voice and from a different point of view. One chapter is formatted like a letter, one is almost entirely a dialogue between the boys’ aunt and uncle, and another shows the emotions of Jules conversing between them. He often uses poetic prose, including inventive rhyming phrases at the end of paragraphs that punctuate the story. The writing style demands close and focused reading of its audience, allowing a deep connection with the novel’s many themes, but making it inaccessible to the casual reader.

“The Brothers Silver” draws on Jewish credentials, as well as those of other faiths, to help its plot unfold. The inclusion of Jewish scriptures in the context of a traumatized existence offers a compelling case study of religious disillusionment throughout the book. The incorporation of Jewish themes and practices into the chapters reinforces the imagery of this novel and gives it a personal authenticity and a sort of sacredness, but these themes remain subtle enough not to dominate the rest of the narrative: Jules struggles with the feeling of being an outsider, which echoes much of the historical Jewish experience.

Jules and Leon each deal with their trauma differently, which leads Leon to become a self-identified “winner” who rejects modern society, while Jules begins a relationship with a woman named El who is too reminiscent of her parents’ catastrophic marriage.

Jules maintains a constant fear of death after an unsatisfying life and is forced to face this fear every moment, especially after the rest of his family have passed away. Despite this fear, or perhaps because of it, he seems to regenerate new life every few decades, shedding people and personalities and cutting himself off more and more of his family. This ultimately results in a 150-page road trip to trace players back to the time in his life when he was in his destructive relationship with El. Unfortunately, this chapter does get repetitive at times, with many characters being close to each other with similar life trajectories.

There is an ambiguity at the end of this novel that is reminiscent of short stories in which the reader is left with enough closure to feel satisfied, but still wonders what might happen next. This book does not have an ultimate, final message, but rather traces the lives and deaths of the Silver family members through all of their grainy and candid struggles, allowing readers to decide which perspectives to trust and what conclusions to draw.

This novel is ideal for those who appreciate poetic writing with an underlying Jewish stream and want a realistic look at what it means to survive with unresolved trauma. “The Brothers Silver” is not a light reading, but rather a reading that requires its audience to do an introspection on their own life, their own beliefs and their own personal trials. PJC

Dionna Dash is a writer living in Pittsburgh.

Andy Schmookler: Signs of a Need for Hate | Nvdaily