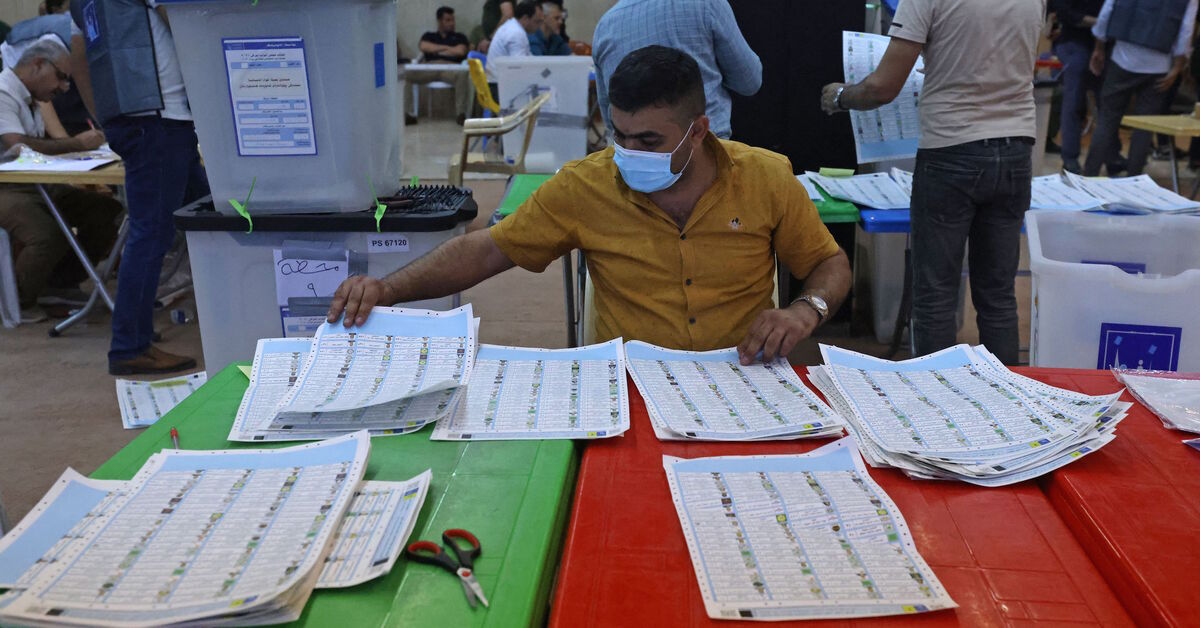 The surprise of the elections in Iraq. The Iraqis went to the polls on October 10 to elect the 329 members of the Council of Representatives (parliament). One of the headlines of the election was the gains for the Iraqi Sunni community, which represents about 22%, or about 9 million, of Iraq’s estimated 40 million population. Thirteen years after the United States overthrew Iraqi dictator Saddam Hussein, a Sunni Arab, Iraqi Sunnis are finally in a position to claim Iraq’s political future.

The first awakening. After Saddam’s overthrow in 2003, Iraqi Sunnis mostly abstained from politics and at times suffered under post-Saddam sectarian governments, as well as attacks by rogue Shia sectarian militias. A sense of deprivation of civil rights among Sunnis was compounded by a “de-Baasification” movement that uprooted many professional and educated Sunnis from their jobs, as well as from their leadership positions in the military, which was dissolved by American decree. In 2007, Iraq was reeling from sectarian violence and Al Qaeda terrorism. To quell violence, the US president George W. Bush added 20,000 forces to the more than 130,000 US troops already in Iraq. The key to the strategy to stem the violence was the Iraqi Sunni Arab forces who fought alongside the United States, a trend called the Sunni “awakening” or the “sons of Iraq”.

A second awakening. This week’s elections showed that the Sunnis are emerging as a more cohesive political force. Mohamed halbousi, the president of the Sunni parliament and leader of the Taqadom (Progress) party, obtained, according to the latest tally, 37 seats, just behind the Sadrists, led by the populist Shiite cleric. Muqtada al-Sadr, which currently has 72 seats (these figures could change). Taqadom won just six seats in the 2018 election. If Halbousi can unite with his Sunni political rival, Khamis al Kanjar, leader of the Azem party (Arab Project), which won 12 seats, the Sunnis in Iraq could then control up to 50 of the 329 seats.

Here is the last count (subject to change):

Read more: Shelly kittleson provides unrivaled reporting from Iraq on social, political and security trends in Sunni communities in Iraq, including this article on the Halbousi-Kanjar campaign. Also discover the latest news from Iraq by Mustafa Sadoun and Ali Mamouri, and our podcast this week with Ken pollack from the American Enterprise Institute.

From our regional correspondents:

The Tunisian Journalists Union warns against the erosion of press freedoms in this turbulent North African country amid a growing campaign of arrests and prosecutions. Earlier this month, Tunisian courts sentenced four people to prison terms, including a female journalist, for spying. Mohamed Ali Ltifi explains that most of the journalists and activists targeted are opposed to the Tunisian president Kais saied, who in July sacked cabinet and suspended parliament in a move critics called a coup. But as the National Union of Tunisian Journalists documented, press freedom was in decline long before Saied’s announcement. In what the journalists’ union called a record in three years, more than 200 Tunisian journalists were assaulted from May 2020 to April 2021.

In a phone call last week, the Egyptian president Abdel Fattah al-Sissi tell Saied that Saied’s recent actions, including the suspension of Parliament, “will bring stability”. Enhada, Tunisia’s largest political party, is considered an ideological offshoot of the Muslim Brotherhood, banned in Egypt. Our correspondent in Egypt notes that Egypt was the first country inspired by the Arab Spring uprising in Tunisia in 2011, and “now Tunisia seems to be learning a lesson from Egypt in the fight against political Islam”.

A popular new video game that allows users to play as a Palestinian fighter in the Gaza Strip has angered some Israelis who say the game encourages the killing of Jews. Following a request from the Israeli Minister of Justice, YouTube made the game unavailable in Israel. The creators of “Fursan al-Aqsa: Knights of the Al-Aqsa Mosque,” point out that the on-screen fighter only attacks Israeli military positions, not civilians. Mai Abu Hassaneen spoke with the creator of the game, Nidal Nijm, a 37-year-old Brazilian of Palestinian origin. Nijm said he hopes the game can combat a common video game cliché that often portrays Arabs and Muslims as terrorists.

4. Will the Syrian opposition forces merge in Idlib?

Speculation is mounting in the Syrian opposition media that the Turkey-backed Syrian National Army (SNA) will merge with Hayat Tahrir al-Sham (HTS), the United States-designated terrorist organization that controls the province from Idlib in northwestern Syria. Last month, the commander of SNA’s affiliated Sultan Suleiman Shah division said he was ready to come to an agreement with the powerful jihadist group. An HTS executive, meanwhile, said Sultan al Kanj that his group “draw closer to the SNA factions, and that there is high-level coordination between the two parties in all military and security fields”. Despite the apparent thaw, an SNA executive in Idlib has warned that any potential merger will take time.

5. Syrian opposition leader visits DC and warns against US withdrawal

Salem al Meslet, chairman of the Syrian National Coalition opposition group, was in Washington last week. In an interview with Elizabeth Hagedorn, Meslet said the Biden administration’s recent sanctions against the radical SNA faction Ahrar al-Shariqa “created a model for other groups to stay in line” and said his coalition supported any effort to investigate potential human rights violations. He also warned that a withdrawal of US troops from Syria would allow the Syrian government and its supporters, saying that a “withdrawal from Syria today or in the near future would mean that we are back to square one.”

Egypt is commended for its recent restoration of the Eliyahu Hanavi Synagogue in the Egyptian city of Alexandria. Engineering News-Record, a US-based construction magazine, recently awarded the North African country its first renovation award to recognize a three-year restoration of Egypt’s oldest synagogue. The two-story Eliyahu Hanavi Synagogue, which reopened to the public in January 2020, is considered a point of pride among a small Egyptian Jewish community on the brink of extinction. George mikhail reports how Egypt is using the newly renovated synagogue and other Jewish sites to promote tourism.

What we are reading: Tunisia’s precarious economic future

Tunisia’s economic outlook “remains very uncertain”, according to the World Bank. The bank attributes the sluggish economy and rising public debt to both the escalation of the coronavirus pandemic in mid-2021 and recent political events. The volatile situation drew comparisons with Lebanon, where the political stalemate contributed to the country’s economic collapse. Read the World Bank’s latest outlook for Tunisia here.

What we listen to: How Israel became a cyber leader

Ben caspit interviews Eviatar Matania, a professor at Tel Aviv University who helped develop Israel’s cyber capabilities. “Israel is a real player, not just on a per capita basis, but in absolute numbers,” says Matania. A few numbers to make his point clear: Israel attracts more than 30% of global cyber investments, and it is estimated that a third of all unicorn startups are owned by Israelis. To learn more about what makes Israel a cyber leader, listen to Caspit’s podcast here.