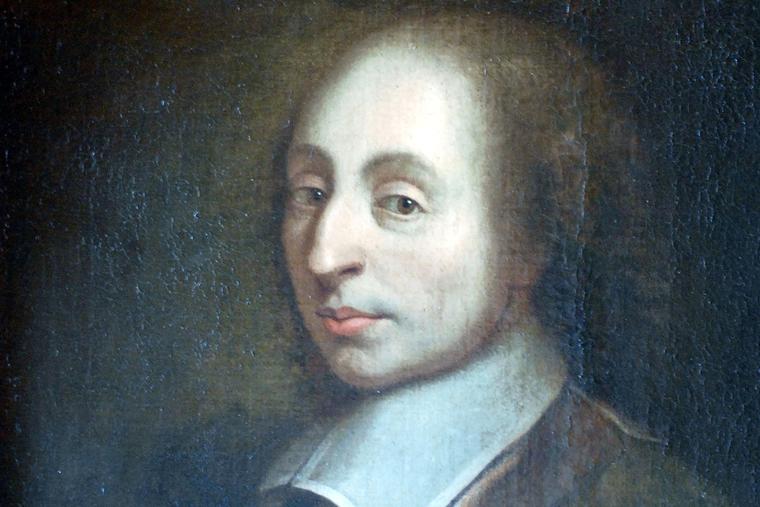 The reason of the heart is the instinctive recognition of truth, goodness and beauty.

There is a famous phrase by Blaise Pascal Thoughts this is often taken out of context and used to promote sentimentality and the supremacy of emotions, but Pascal’s original point is one of profound philosophical and theological truth.

The work as a whole was never finished by Pascal, who died when he was only 39, having already made discoveries and contributions in the fields of mathematics and physics. The unit of pressure bears his name. The Thoughts are the notes he took for a book of apologetics at a time that deified rationality and began to view humans as mere complicated machines.

The famous phrase is this: “The heart has its reasons that reason does not know.”

It is easy to see how this remark can be used to assert the futility of reason and the reliability of emotions or to argue that the heart comes first over the head. “Just follow your heart” might be a modern restatement of how Pascal’s statement is often used.

The key to understanding the true meaning lies in the immediate context. A few sentences later, Pascal writes: “I say that the heart naturally loves the Universal Being. What is the reason of the heart? The instinctive recognition of truth, goodness and beauty.

Far from being mere sentimentality, it is a statement about the very nature of the human person and what we are made for. The heart is not just the emotions. Instead, it is the center of the person, more like the will than the passions. The heart is the core of the human.

This central and unifying capacity of man, by his nature, is drawn to the “Universal Being” – that is, God. Our innate love for God is not a conclusion at the end of an argument or even an idea that comes to mind, but a perpetual and inevitable attraction for the Good, the True and the Beautiful, which does not are just various ways of referring to God Himself, Universal Being.

Saint Augustine said: “My weight is my love.” He is attracted to what he loves. Pascal says the same thing.

When philosopher Edith Stein vacationed at a friend’s house, she pulled a book off the shelf, spent an entire night reading it, and was convinced of the truth of Catholicism when she put it down. The book she read was the autobiography of Saint Teresa of Ávila, and when she finished reading it, she said to herself: “It’s the truth. Edith Stein became a Carmelite nun and was killed in a concentration camp because of her Jewish heritage. She is now known as Saint Thérèse Bénédicte. His recognition of the truth was a reason of the heart. She instinctively, through her love for the Universal Being, knew the truth through her beauty in the life of Saint Teresa of Ávila.

Reasons of the heart and intellectual reason are not mutually exclusive. The two must work in harmony. The two should refine each other. As each grows, both should be more inclined to recognize truth, goodness, and beauty.

The philosophical point here is that all humans desire what is good. The will is naturally inclined towards what it perceives as good. This is the basis of all ethics. The challenge for philosophers, of course, is to discover what is the greater good. In Thomistic philosophy, good and being are the same thing. For created things to exist fully is good. It is better for a thing to be completely and perfectly what it is as God created it. Saint Irenaeus said, “The glory of God is a fully alive man.

Our Catholic faith teaches us that the Summum Bonum (Supreme Good) is nothing less than God. Nothing is better, then, than the Universal Being, God Himself – not just another thing, but the very Act of Existence. It is to this that the heart, if it can recognize it, is inexorably drawn.

This does not mean that the heart is infallible. The heart must be trained, just as the mind must be trained, and the two work together. Jesus told us that if we obey the Father, then we can recognize true doctrine (John 7:17). I think Jesus meant a “heart-reason” acknowledgment where a good person hears the truth and immediately says, “Yes, of course. It just has to be true. Christopher Sevier wrote, “What we like says a lot about our character.”

The heart has its reasons, and these reasons are not a simple whim of the passions or a sentimental reaction. It is the attraction of a person’s heart to the good, the true and the beautiful, as far as it can be discerned by that heart, because we are made for God.