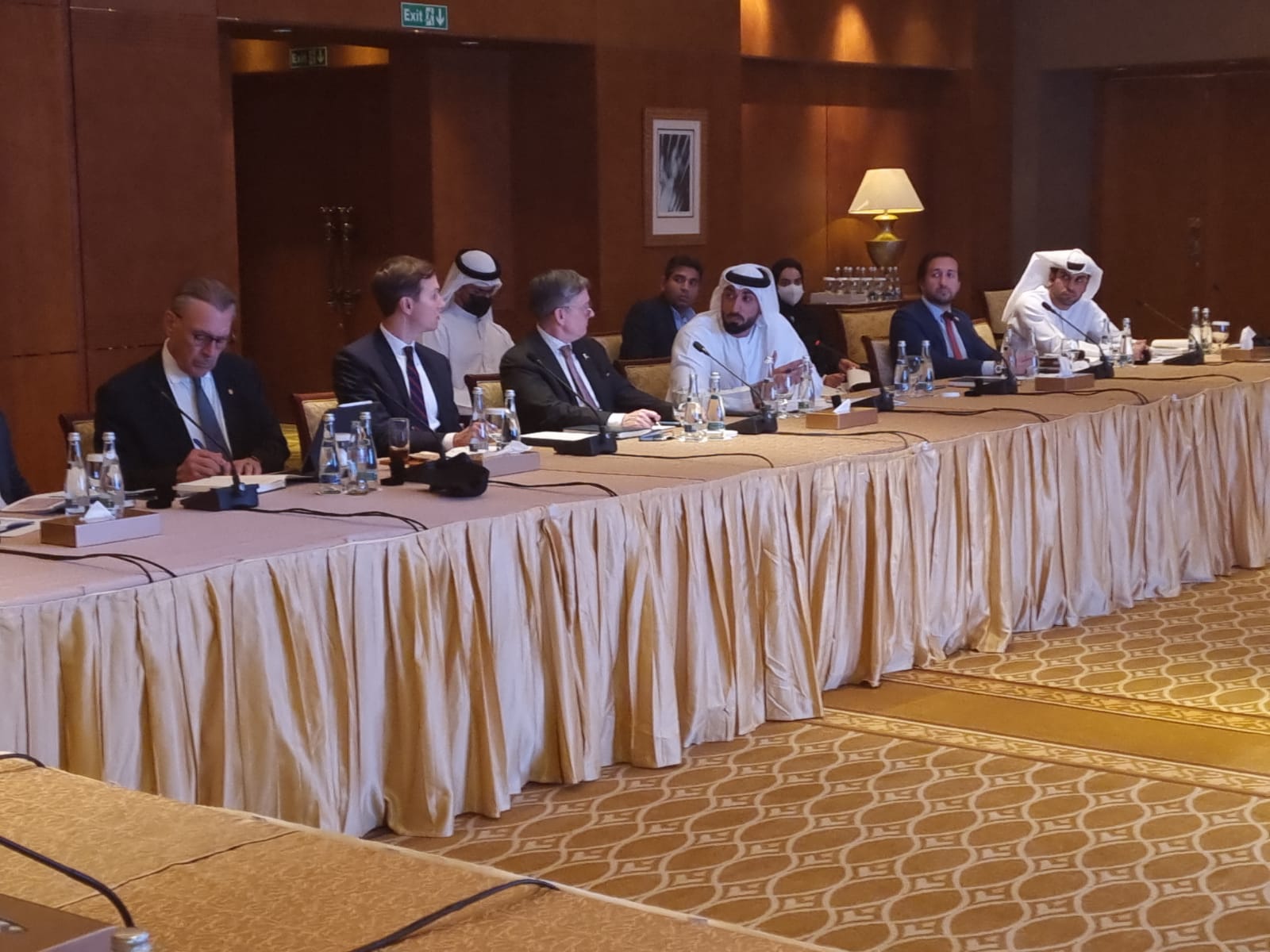 Time is on Israel’s side

(February 9, 2022 / JNS) Positive momentum is underway in Israel’s regional position, as evidenced by visits by senior Israeli officials – including its previous and current prime minister, and foreign and defense ministers – to Saudi Arabia, the Emirates Arab States, Egypt, Jordan, Bahrain and Morocco, and the visit of a military delegation to Sudan, as well as a military flight over Saudi airspace.

Following the signing of the Abraham Accords, the legitimization of ties between Israel and Arab states shifted from being barely justifiable, and only in return for the return of lands captured in 1967, to the opposite pole of close defense ties and Israel’s use of force, credibility and capability as an important component of Arab national security. The ties and normalization offered in the “Arab Peace Initiative” as a reward for Arab and Palestinian territorial and political dictates are now seen as an Israeli contribution to Arab defense and welfare.

Deep-rooted, multi-generational national conflicts with a highly emotional cultural component are examined through the prism of a key historical component concerning parties’ perceptions of who has time on their side: which side has the upper hand in the cumulative historical trend of power relations; that gets stronger over time; and which loses important elements of its bargaining power.

The crucial point is the motivation to continue the struggle. The party that sees its optimal expectations reinforced suddenly draws the resilience necessary to take a resolute position. The party that experiences constant failures loses its ability to persuade the public to bear the cost of continued mobilization.

The radical forces that have operated over the past 100 years to mobilize the Arab public “since the [Atlantic] Ocean to the [Arab] Gulf” to fight Israel, succeeded for many years, despite Israel’s impressive achievements, in maintaining the hopes of an Arab victory, relying on the historical dimension. They relied primarily on the huge resource gap between the parties and entrenched the deep-rooted perception of the Arabs as a people who from time immemorial had been “destined for greatness”.

From their point of view, even if the Jews had succeeded in establishing a state in 1948, in defending it in 1967, in maintaining its conquest of “Palestine” and Jerusalem and in building a modern and developed state, its resources were still pitiful when compared to those of the hundreds of millions of Arabs around it, when the Jewish state was vulnerable and its survival was short-lived. The Arabs not only possessed oil and international status; above all, they had an unlimited ability to absorb blows and possessed boundless determination.

Over time, Israel would not be able to withstand the tenacity of the Arabs to boycott it in the region, the violent threats against the lives of its citizens and its ability to survive in the face of its delegitimization on the international scene and among Western democracies.

The Arab struggle had many operational successes. The radicals have indeed succeeded in mobilizing Arab countries to boycott Israel for generations. This lasted decades after the groundbreaking peace agreement with Egypt and the agreements with Jordan.

Arab oil resources succeeded, mainly in the 1970s, in sabotaging important Israeli interests. Repeated wars, ongoing terrorism, and the recognition that existential and everyday threats were a permanent fixture have harmed Israel’s society and economy.

Delegitimization in international organizations has been a challenge and is getting worse. The senseless vilification of Israel has found a receptive audience among the mainstream in Europe, and even among groups no longer on the fringes in the United States.

But these operational successes paradoxically highlight the depth of the strategic failure. Israel’s regional isolation is dissipating before our eyes in the Gulf and Morocco, and relations with Egypt and Jordan are improving markedly.

The main Arab oil producers are de facto members of a coalition with Israel. The great wars are over. The Iranian threat is serious, but it mainly threatens the Arabs and brings them closer to Israel.

In the ultimate terrorist war (the “Second Intifada”), it was the Palestinians who initiated it who broke out. Isolation in international organizations has not shaken Israel’s firm position among countries that set the tone on the international stage, and the effects of vilification among Western democracies are limited.

Above all, Israel is, in the eyes of its people, in the eyes of the world’s leading countries and, increasingly among the Arabs themselves, an exceptional achievement that constantly proves its ability to face enormous challenges.

Time is therefore on Israel’s side.