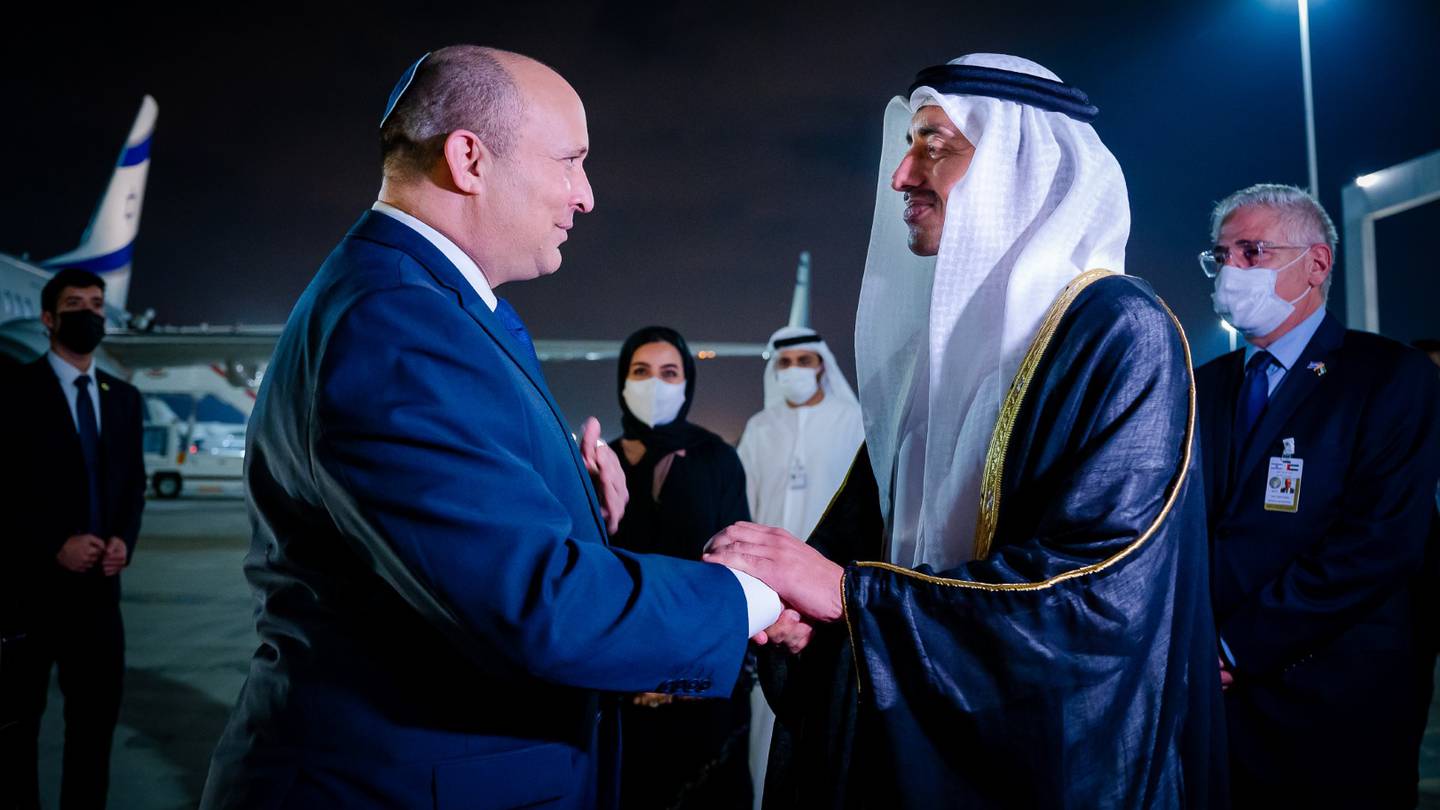 Israeli Prime Minister Naftali Bennett said the trade potential between his country and the United Arab Emirates was “limitless”.

Bennett arrived in the United Arab Emirates on Sunday for the first official visit of an Israeli leader to the Emirates.

He was greeted at the presidential terminal at Abu Dhabi International Airport by Sheikh Abdullah bin Zayed, Minister of Foreign Affairs and International Cooperation.

In September of last year, the UAE and Israel normalized their relations with the signing of the Abrahamic Accords, and much has been done since to strengthen a flourishing friendship.

Our cooperation offers unprecedented economic opportunities not only for us, but for more countries

Bennett said the visit highlighted the progress in relations between the countries.

“In my opinion, this is the peace and the new reality that this region is witnessing, and we are working together to ensure a better future for our children,” Bennett told UAE news agency Wam.

The two countries have strengthened their ties in various sectors, especially in the area of ​​trade.

Non-oil trade between the UAE and Israel reached $ 700 million in one year, according to Economy Minister Abdulla bin Touq.

The two countries have also signed 60 major agreements at the government and private levels, covering industries such as science and technology, artificial intelligence, tourism, logistics, transport, healthcare and energy.

Mr Bennett said the potential for further growth was limitless.

“The volume of mutual trade between us has accelerated in a few months, with unlimited future opportunities to develop it,” he said.

“Israel, like the United Arab Emirates, is a regional trade hub. Our cooperation offers unprecedented economic opportunities not only for us, but for more countries, which is another element in strengthening stability and prosperity in this region. “

He said the areas of health and food safety “will be an important part of the cooperation between us”.

The Israel Pavilion at Expo 2020 Dubai, which is themed “Journey to Tomorrow”, has been a popular attraction for visitors. Recently he celebrated the Jewish holiday of Hanukkah.

“The Israeli pavilion at Expo 2020 in Dubai embodies an optimistic outlook for tomorrow and a limitless quest to improve it, not only for us, but for our friends and allies around the world in various fields, and it is a core value of Judaism, ”he said.

“Moral blindness” around Israel; No sympathy for Chesa – J.